Three U.S. cities that were crime-ridden just over two decades ago are now listed among the top 20 safest cities in the world, according to a report by The Economist Intelligence Unit report, sponsored by NEC.

Washington D.C., Chicago and New York City have made a huge turnaround in the eyes of their nation and the world at large as The Economist listed them as #19, #16 and #10, respectively.

The report, which ranked 50 cities across the globe, is based on an index composed of more than 40 quantitative and qualitative indicators split across four thematic categories: personal safety, health security, infrastructure safety and digital security.

So, how did three large of the largest American urban centers manage to reform their images from crime capitals to safest metropolises on the planet?

Then: A quarter of a century ago, Washington D.C. had a fearsome reputation for crack abuse and rampant gun violence. By 1989 the annual homicide rate had risen above 400, earning Washington DC the title of "murder capital" of the US. It was the city with the highest rate of homicides in the nation. In 1990, Washington Mayor Marion Barry was caught on camera smoking crack in an FBI sting operation, and was convicted later that year for cocaine possession in a separate incident.

Now: As the BBC states, once-blighted neighborhoods close to the center of the capital are thriving. In fact, Washington has prospered because of the volatility in the world. Redevelopment of its urban areas has been happening fast because the local economy was bolstered by federal spending during the wars in Afghanistan and Iraq. Federal spending created jobs in and around Washington for government contractors during the war and again after the financial crisis of 2007-2008.

Then: In the '80s and early '90s, the gang activity in Chicago was out of hand. The majority of the homicides in Chicago happened in and around low-income government-subsidized housing projects like the infamous Cabrini-Green and the Robert Taylor Homes.

Now: Starting in the late 1990s, the city executed an aggressive campaign to demolish these high-rises, the likes of which you saw in the Good Times opening credits. It was part of a plan to reduce crime. Shortly after, the city went after drug lords like the notorious Chicago gangster Larry Hoover and put them behind bars. In 2013, Chicago tallied 415 murders, the lowest that number has been since 1965. Chicago also has higher levels of education than other large cities like New York, Houston and Los Angeles. It also has one of the finest rehabilitation hospitals in the country, ranked by U.S. News and World Report-- Rehabilitation Institute of Chicago. 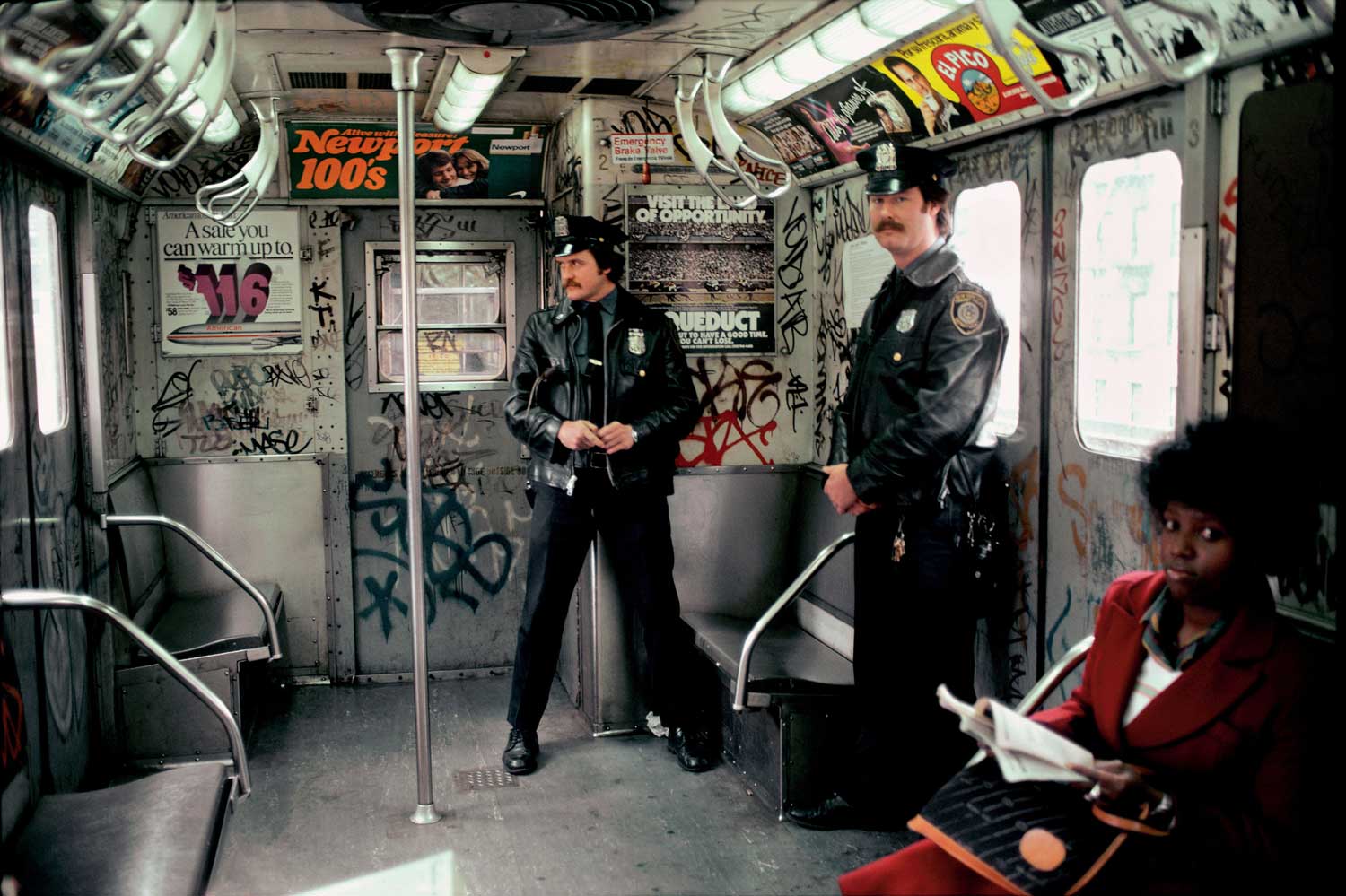 Then: New York is known as the miracle city because the clean-up of its crime was nothing short of just thata miracle. New York recorded a record high of 2,245 homicides in 1990, equating to six murders per day. Just as Hollywood depicted in movies like The Warriors, Taxi Driver and Coming to America, drug dealers, muggers and prostitutes were prevalent from Park Slope to Times Square. The Business Insider said, industrial decline, economic stagnation, and white flight led to the dramatic downturn for America's largest city.

During the '70s, the New York City Planning Commission estimated the city had about 245 stores with "adult uses," like adult movie theaters, massage parlors, adult bookstores, or peepshows. In 1975, crack and heroin infested the city, driving the crime rate even higher. City budget problems meant cuts in maintenance of the New York City Transit Authority, leading to a build-up of subway graffiti.

Now:  During the 1990s, crime rates in New York City began dropping dramatically. Violent crime declined by more than 56 percent in the City, compared to about 28 percent in the nation as whole. Property crimes tumbled by about 65 percent, but fell only 26 percent nationally. Since then, the population has grown by over 1 million people, while homicide rates have fallen. The murder rate in 2013 stood at 335, a historic low, moving New York below Chicagoa city with under one-third of New Yorks population. It also has some of the best hospitals in the country: #1 for cancer: Memorial Sloan Kettering Cancer Center and#2 in neurology and #3 in cardiology: New York-Presbyterian University Hospital of Columbia and Cornell.

The National Bureau of Economic Research says many attribute New York's crime reduction to specific "get-tough" policies carried out by former Mayor Rudolph Giuliani's administration. He advocated aggressive policing of lower-level crimes, dubbed the "broken windows" approach to law enforcement. Giuliani believed small disorders like prostitution, vandalism and public drunkenness would lead to larger ones and  perhaps- even to crime. He told the press in 1998, "Obviously murder and graffiti are more likely to tolerate the other."

Other Theories for Decline of Danger Zones

Dana Goldstein wrote in the November 2014 article titled: 10 (Not Entirely Crazy) Theories Explaining the Great Crime Decline that personal property like cars are now much more difficult to steal, because of sophisticated ignition and locking systems. The introduction of debit cards, including for the distribution of welfare benefits, means people carry less cash, which makes them less likely to become victims. A decreased demand for crack and heroin also helped reduce crime in the early 1990s. Young people became disinterested in the drug, noting how uncool their crackhead aunt, uncle, cousin or mom looked and acted  which prompted them not to try it.

John Roman of The Urban Institute claims that cities with more Central American immigration, such as New York, Dallas, and San Diego, also experienced bigger crime declines than cities with fewer immigrants, such as Philadelphia or Baltimore. Roman believes in the power of the immigrant to change the urban landscape with what he calls a virtuous cycle.

The introduction of immigrants into urban life, Roman writes, does not mean displacement of the poor (which only moves crime from one neighborhood to another), but it means people of different races and classes living in close proximity to one another.