Grace Preacher Joseph Prince comes to the US in November
September 23, 2015  By Tiffani Knowles 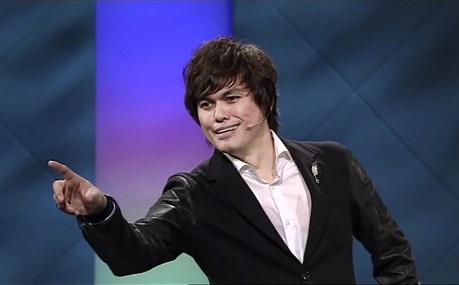 His first stop is in Houston and Lakewood Church on November 7 then Dallas at the American Airlines Center on November 15 and then he heads to New York Citys Barclays Center (Brooklyn) on November 21. Both Dallas and New York events begin at 7 p.m. and best available tickets are now $15.

The night will feature a Spirit-inspired message preached live by Joseph Prince, congregational partaking of the Holy Communion which is linked to divine health and healing and New Creation Churchs dynamic worship team.

With more than two decades of full-time ministry behind him, Joseph Prince is the founder of Singapores New Creation Church and an internationally-known voice for the gospel of grace of Jesus Christ through his books, teaching resources, and television ministry.

The author of best sellers such as The Power of Right Believing, Destined To Reign, and Unmerited Favor, Princes messages are accessible to church as well as non-church audiences as he connects to the source of every human beings problems: what they believe. Akin to modern-day messages found in books like The Secret, Prince claims a persons toxic thought life is responsible for their lifes ruts and he proves it by using the age-old truths of The Bible.

His humorous, dynamic and engaging style of preaching has endeared him to a wide spectrum of viewers who tune in to his daily television program in The United States. His broadcast currently reaches millions of homes across North America, Europe, Africa, Australia, and Israel on both mainstream and Christian networks.