Just Thinking: Is Immigration a Question of Moral Superiority?
November 16, 2015  By V. Knowles 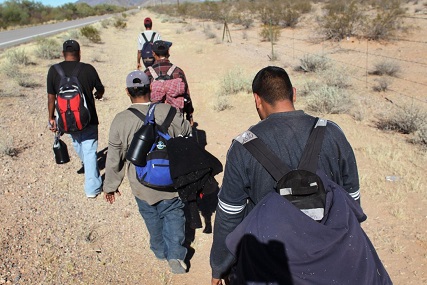 Extreme conditions on either side of lifes equation will always cause human beings to lose equilibrium, their sense of humanity, to say and do things they would not normally do, which could return to bite them in the butt, resulting in sorrow and regret.

Therefore the wise man implored, Two things have I required of thee; deny me them not before I die; remove me far from VANITY AND LIES: give me neither poverty nor riches; feed me with food convenient for me: Lest I be full and deny thee, and say, Who is the Lord? Or lest I be poor and steal and take the name of my God in vain. -- Proverbs 30: 7-9

Extreme comfort promotes disdain for the discomfort of others.

What would be the fate of all humanity if God and other like-minded souls did not consider the plight of the weaker, helpless, less fortunate brother or sister?

For God is love and the nature of love is what?

To give? I replied.

Yes, to give of itself, to put itself in the place of the other even if it means that by so doing it must sacrifice itself. So if God is love, then what would the ultimate manifestation of that love be?

The giving of himself, to bear the judgement of those under judgement, if by so doing it would save them. Love puts itself in the place of the other. So then the ultimate manifestation of love would be

God putting himself in our place.

- An exchange between the two protagonists in the book, The Harbinger by Jonathan Cahn

Donald Trump has proposed that, if he is elected, he will erect a border fence and deport all the 11 million murderers, rapists and thieves that Mexico has unceremoniously dumped on us. Donald Trump has never seen a hard day in his life. His father left him more than a million dollars and prime real estate in New York City. He has never been troubled or concerned about the next plate of frijoles, how to locate a good pair of hand me down shoes, or secure a roof to shelter him from the rain.

In such an atmosphere, one can easily lose any sense of empathy.

He has declared corporate bankruptcy four times. Those actions had a jarring impact on many families as those employees were cast out into the street.

He has never undergone personal bankruptcy.

He emphasizes his innate business acumen and is proud of his strategic use of the bankruptcy laws to cut losses and move ahead again.

He is lauded and applauded far and wide for his astute business sense and his no nonsense, stand up, take no prisoners attitude.

I have never heard a word of regret or remorse for those poor souls, affected by his actions, who suddenly found themselves with the short straw of life.

He delights in denigrating woman and calling people stupid.

He states that he does not pray often, if ever, and mocks the communion by regarding the precious sacrament as partaking of my little wafer and small cup of wine or grape juice.

Rosa Robles Loreto, who moved into Southside Presbyterian Church in August 2014, left its confines for the first time in more than a year on Wednesday, the Associated Press reported. She was one of several migrants who sought refuge in the church last year.

She, an illegal immigrant, was arrested in a routine traffic stop in August 2014. She was summarily placed into deportation proceedings and fled to the church for sanctuary.

Recently, she learned that she is no longer a candidate for deportation, as the government has decided to suspend removal proceedings against her. Therefore, upon advice of her lawyer, for the first time in 15 months, she was persuaded to move out and reunite with her family.

She, and others like her, are the beneficiaries of sanctuary places around the country, who offer havens of refuge and protection from immigration agents who seek to evict them from this country. 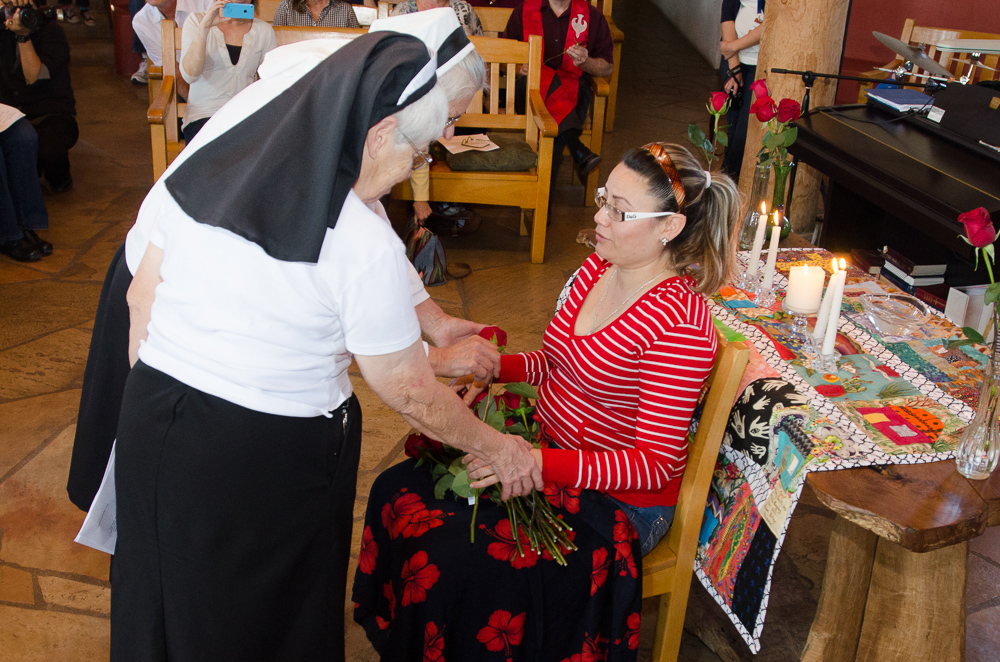 When I read their stories, I was reminded of the underground railroad conductors and the freedom riderspeople who hazarded life and limbto ensure the other guy, the stranger, had a shot, a chance to taste freedom, deliverance and victory, too.

They also defied prevailing law, culture and customs to achieve a desired end.

They skirted regulations and used all available means, legally, ethically or not, to accomplish a goal and survive another day.

Here is an interesting point to consider. Marco Rubio was an integral member of the gang of eight who crafted legislation to mend the immigration system. Now that he is on a quest for the White House, he is disavowing any desire to move that agreement forward. No wonder people do not trust politicians.

One needs to remember the primary, overriding law in all of nature is that of self-preservation.

Sometimes through the fortunes of life, your home, the place of your birth becomes untenable. So like the pilgrims, Jews, Irish, Hungarians, Poles and Sicilians of yesteryear, and the present day Haitian boat people and balseros from Cuba you are confronted with a dilemma. Do I sit down, accept my fate and die, or do I try, albeit, unadvisable or illegal, to find a better life and change my circumstances?

If you are in Mexico, and just across the border, you see and hear that life, liberty, the pursuit of happiness, economic prosperity, bread for your starving children are in blooming abundance. Will you just throw up your hands, ignoring the hunger pains of your suffering children, and say, Oh, Well! Thats life! Its illegal, its wrong and I should not do that. I am going to stay right here and hope for the best.

Or will you rise up, risk everything, and steal across the Rio Grande in the dead of night?

No matter what the politicians say, unlike those of Mr. Trump, the actions of Rosa and others like her, do not negatively impact the typical, average, well-off American one whit. 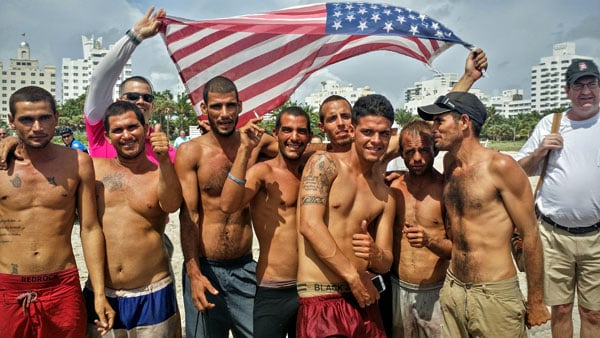 A prime example is Operation Wetback, a military-style deportation action during the Eisenhower administration. More than a million immigrants were rounded up and redeposited across the border in Mexico. Yet, it did not produce the positive, proposed effect, rather in some quarters it had the opposite result.

Nowadays in many places in this country, especially Florida and California, many businesses would not survive or remain economically feasible without migrant labor.

One of the comments registered to Rosas story was the chilling, foreboding statement, Donald  Trump will set things right.

After looking at Donald and Rosa, the question on the table, which begs an answer.

Who is morally and ethically superior?