Just Thinking: Why I Wrote a Book about the Hypocrisy of Anti-Immigration
April 26, 2016  By V. Knowles

Do not oppress a foreigner; you yourselves know how it feels to be foreigners, because you were foreigners in Egypt.

As the debate rages about immigration, I have discovered that human beings have short memories. In an effort to awaken us all, my daughter and I decided to write a book compiling 10 stories of immigrants who demonstrate the kindness, the courage and the moxie upon which this country was founded. How quickly we forget that all of us, at one time or another, have been a stranger in an unfamiliar place?

Unless you are totally self-sufficient and immortal like the Donald Trumps of the world believe, we, mere mortals, fully aware of our limitations, remember those days in a foreign place when we yearned for a welcoming handshake, an embracing hug, a warm smile, the friendly face that assured us, dont worry, we understand, we got you, we got your back.

The earth does not belong to us. It is recorded that the earth and its fullness belongs to the Lord.

We are all travelers and sojourners here, on a quest to one of two eternal destinations. We possess no permanent claim or exclusive ownership to any part of the earth.

We are but dust, destined to return to that from which we were made.

Yet, some of us in our arrogant approach to life would scoff at such a naïve simplistic premise.

Everything we have, they say, came about by the strength of our own two hands.

We got here all by ourselves.

Yes, we built it alone.

Some voices like the Ann Coulters of the world are telling us that the foreigners are here to overrun us, to turn our country into a third world hell hole, to sap our resources, rape our women, leave us destitute and eventually kill us all.

We, in our fallen nature, seduced and captivated by dark, negative influences, eat that stuff up.

So we react out of fear and ignorance, oftentimes to our own detriment.

We become suspicious of the stranger, and instinctively we erect a wall between us and them.

Behind this barrier we curse, criticize and crucify them. Since they are different from us, do not look or act like us, it follows that there must be something wrong with them.

God help us or them if one of their number commits a sin. That becomes absolute proof that they are, as we have always believed and said, corrupt, abominable, unworthy and beyond redemption.

How conveniently we fail to realize that all human beings are capable of the same thingsgood and bad.

From childhood we have been warned: Stranger, Danger.

But here is a surprising, earth-shattering revelation. There are good people out there, who are out to do you good, whom you do not know.

They exist or have existed to expand the knowledge of your world, save your life or prevent you from suffering an eternity in hell.

Christopher Columbus who discovered the New World and opened the west to Europeansfor better or worse- you decided- carried a book with him called, The Travels of Marco Polo. Polo was an Italian explorer who spent more than 17 years in the courts of Kublai Khan, the emperor of a distant land called Cathay, now China. Appointed as a special envoy and tax collector, he was able to travel unhindered throughout this beautiful, exotic, mysterious kingdom, and acquire ideas, methods and articles unknown in Europe at the time. When he returned to Europe he brought with him maps that developed European cartography. In addition he brought the knowledge of paper money, coal, eyeglasses and a postal service.

Even the Bible records a story of a Samaritan traveler who happened upon a Jewish man who had fallen victim to robbers. To fully appreciate the irony in this tale, note that Jews of the day regarded Samaritans as mixed-race dogs. They wanted nothing to do with them and avoided them at all costs. Yet, the inconvenient truth is, when you find yourself in trouble, sometimes it is not your friends or countrymen that help you out, but that despised stranger.

It is recorded that a priest and a Levite, his familiar friends, passed by first, saw his predicament, shook their heads, and left him there. The Samaritan did not, instinctively realizing, there, but for the grace of God, go I. He stopped, bound up his wounds, and became his friend and benefactor.

We are not all powerful and capable of determining how and where we find ourselves. There will come a day when you will need help, and you do not know who will supply it.

It was said he came from an unknown, unfamiliar place, ostensibly known as Heaven (only God knows where for sure). Logic dictated that people should have been wary of him. He had strange ideals and expounded on strange and unacceptable ideas. He associated with foreign people and outcaststhe dregs of society.

It is said about Jesus that he came unto his own (the Jewish race), but his own received him not. Indeed, they crucified him because his message of inclusion and acceptance for all people was out of place and dangerous. He reminded us then, as he does today that we are all on a journey to a city whose builder and maker is God. We are all wayfarers in search of this Promised Land of peace and plenty. Yet, we will not see it unless we learn to love our neighbor as ourselves.

And, so in the vernacular of the people who are presently in the crosshairs and gunsight of our prejudices and animosity:

We are not all murderers, rapists and thieves. Most of us want the same thing as you --to do good, and leave good behind in our wake.

Give us a chance to prove it.

Did you forget that some of your ancestors were horse thieves, cattle rustlers, gangsters, gunslingers, pedophiles, contract killers and cannibals?

We do not hold that against you.

So take note, Donald Trump, whose wife was born in Slovenia, Jeb Bush, whose wife, was born in Mexico, Marco Rubio, whose parents were born in Cuba, and Ted Cruz, who was born in Canada to an immigrant Cuban father. One never knows where your love, comfort and support will come from.

Joe Arpaio, the infamous sheriff of Arizona, insists to this day that there is skullduggery and conspiracy afoot in this case. The state of Hawaii, he claims, has issued a false birth certificate, and he has the evidence to prove it.

Trump was especially vocal and proud of his part in the condemnation and disdain for this perceived weakness in the president. Nevertheless, to Mr. Trumps credit, he has also questioned the validity of Cruzs right to be elected president. 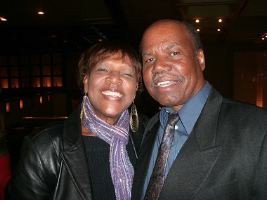 The uproar was so strident that Obama had to produce a copy of his birth certificate to quell the noise. If the situation was reversed, and Obama stood where Cruz is now, would we be so considerate and allow him off so easily?

We can swallow a camel and choke with a gnat at different times in our lives. When we stand in the need of mercy, we want the heavens to open up and rain down showers of blessings.

When it comes to the other guywell, thats a horse of a different color, we say.

Have we taken the same stance with immigration? Have we adopted the same attitude with the foreigner and stranger? Perhaps if you read the story of my Cuban business partner who rescued my drowning business or my Indian pharmacist who cares so deeply for the elderly of my community or the Trinidadian nanny whose scratching and surviving paid off for her, her family and strangers she meets daily, you will see yourself and their stories.  Allow my book ¡Hola America!: Guts, Grit, Grind and Further Traits in the Successful American Immigrant to be your introduction to the immigrant story that is as American as apple pie. You think about that.