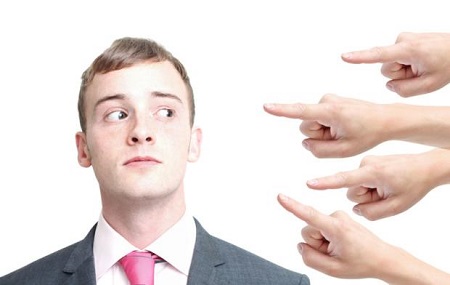 On a biological level, a repeated stimulation of ones body part as a means to soothe anxieties, relieve pain or create pleasure is as normal as normal comes. Babies rock back and forth. Toddlers suck their thumbs. Human beings are wired to touch their bodies and repeat touch where they find pleasure.

As children grow, wise parents gently teach that touching some places of our bodies isn't appropriate to do in public. And they teach their kids not to pick their noses in public either, said Judi Slattery, clinical psychologist.

At the time of World War I, onanism was labeled self-abuse and described in medical texts as highly dangerous for young men.

Girls and women arent even mentioned, as if "the fairer sex" couldnt even possibly do something so dirty, Alexandra Jamieson in MindBodyGreen.com.

However, as God is a God of logic and practicality as much as he is a God of righteousness, it stands to reason that if he made the human body to give off urges at the tender age of 12, then the desire, the feeling and even the wet dream were not shameful.

For men, an erection is a hardening of the penis that occurs when sponge-like tissue inside the penis fills up with blood. This is what causes the penis to enlarge and stand away from the body. What religious folk seem to deny is that an erection can happen for a variety of reasons, many of which dont always have to do with a man watching pornography.

A guy could be going to sleep, waking up, taking a stroll through the park on a windy day, sitting through a history lecture, catching a whiff of womens perfume or innocently looking at a picture of his girlfriend. Overall, though, the erection is set off neurologically.  Something he saw, felt, smelled, heard, or thought makes his nerves send chemical messages to the blood vessels in his penis. The arteries relax and open up to let more blood to flow in; at the same time, the veins close up. Once blood is in the penis, pressure traps it within the corpora cavernosa. The penis has no other recourse but to expand and hold the erection.

Women laugh at men for having these biological responses because they are blithely unaware that these responses are, many times, involuntary. Yet, Dr. Jordan Rullo, a certified sex therapist at the Mayo Clinic in Rochester, MN, claims that women are stimulated, as well, except that no one would be the wiser. Nothing sticks out of their pants.

Sexual arousal for both men and women can fall into two different categories: psychological and physiological, which operate independent of one another, said Rullo.

There are times when women  and even men - can be psychologically sexually aroused and their genitals do not display any signs of physiological arousal (e.g. vaginal lubrication, blood flow to the genitals, warm tingly feelings). The reverse is also true. Your body can be stimulated and your mind not so much.

The reason that men have more frequent physical responses than women has to do with the degree of correlation between mind and body arousal.

According to Dr. Rullo, that correlation is less than 30 percent in women. In other words, a woman's mental arousal is not matching up with her physical arousal, or vice versa. The average correlation between mind and body arousal for men is more like 70 percent.

For men, this is a huge battlefield. Erections are very uncomfortable and may last a while without release. If they dont go away on their own, they can go away after ejaculation, the release of semen through the urethra, the small hole at the tip of the penis.

Another thing that many religious folk should consider is that an erection is positive and should be a sign that a man has a healthy arousal response.

A 2009 study from the University of British Columbia found that while most men can regulate their physical and mental sexual arousal to some degree, the men most able to do so are able to control their other emotions as well.

So, if a women is engaged to a man whose erections arent frequent or they dont hold, it may mean that he has lower emotional intelligence. His passion, laughter, spontaneity and love responses may also be highly controlled.

Still, there are many other ways one can respond to these emotions: working out, dancing, hanging out with friends, prayer, reading and meditation. Graham Giles, of the Cancer Council Victoria in Melbourne, Australia, studied how the prostate provides a fluid into semen during ejaculation that activates sperm and prevents them from sticking together.

The fluid has high concentrations of substances including potassium, zinc, fructose and citric acid, which are drawn from the bloodstream.  Giles said fewer ejaculations may mean the carcinogens build up.

"It's a prostatic stagnation hypothesis. The more you flush the ducts out, the less there is to hang around and damage the cells that line them," he said.

So, if a man has made a decision to be celibate, he should also find a way to ejaculate, because a mans body was built to release fluids. Another theory put forward by the researchers is that ejaculation may induce prostate glands to mature fully, making them less susceptible to carcinogens. If a guy over-masturbates throughout his 20s, 30s, and 40s, it may result in elevated levels of the hormone testosterone. These abnormal levels lead to a greater risk for prostate cancer, concludes a study in the journal BJU International.  Over-masturbation may also lead to increased libido.

On the other hand, the more sexual intercourse a man has, the lower his risk for prostate cancerespecially if he's over 50. So, theres a big case for monogamous sex and young adult marriage here.  Having sex with one partner regularly can reduce prostate cancer. That's according to a study in the Journal of Sexual Medicine.

So, in essence, the advice is: find a girl, make an honest woman out of her and have sex with her daily.

"Afterward, the penis looks like an eggplant," he says. "It's purple and swollen." Most men need surgery to repair it.

First I came across a post on Sanjay Guptas blog by Ian Kerner, a sexuality counselor, who wrote that he noticed a distinct rise in the number of men approaching him with concerns about delayed ejaculation. Kerner went on to attribute much of the problem to a rapid proliferation of Internet porn which leads to over-masturbation, something Im very familiar with. Then I read about a University of Kansas study that found that 25 percent of college-age men said theyd faked orgasms, which, Ill admit, was oddly comforting to hear. But it wasnt until I interviewed dozens of men with varying porn-watching habits (and a few very open-minded women) that some unexpected themes began to emerge.

Rothbart interviewed Jonas*, a 34-year-old ad exec, who said that when watching videos on SpankWire or X Videos, he had a very strong, long-lasting erection, but that wasnt the case for him when he was with a woman.

I take a girl home from the barand Ill be up for a minute while shes going down on me, but once I put a condom on and we start going at it, its like the Challenger explodedall the flags are at half-mast, he said.

Rothbart also interviewed Stefan, a 43-year-old composer, who has no problem getting aroused when he has sex with his wife, but he uses preemptive measures for sex.

Not only could over-masturbation and visual stimulation affect the way one sees ordinary sex, the ordinary female form and capabilities and the way a man is accustomed to ejaculating, if he masturbates many times a day he could be missing work, sleeping in too late or finally resorts to being a recluse.