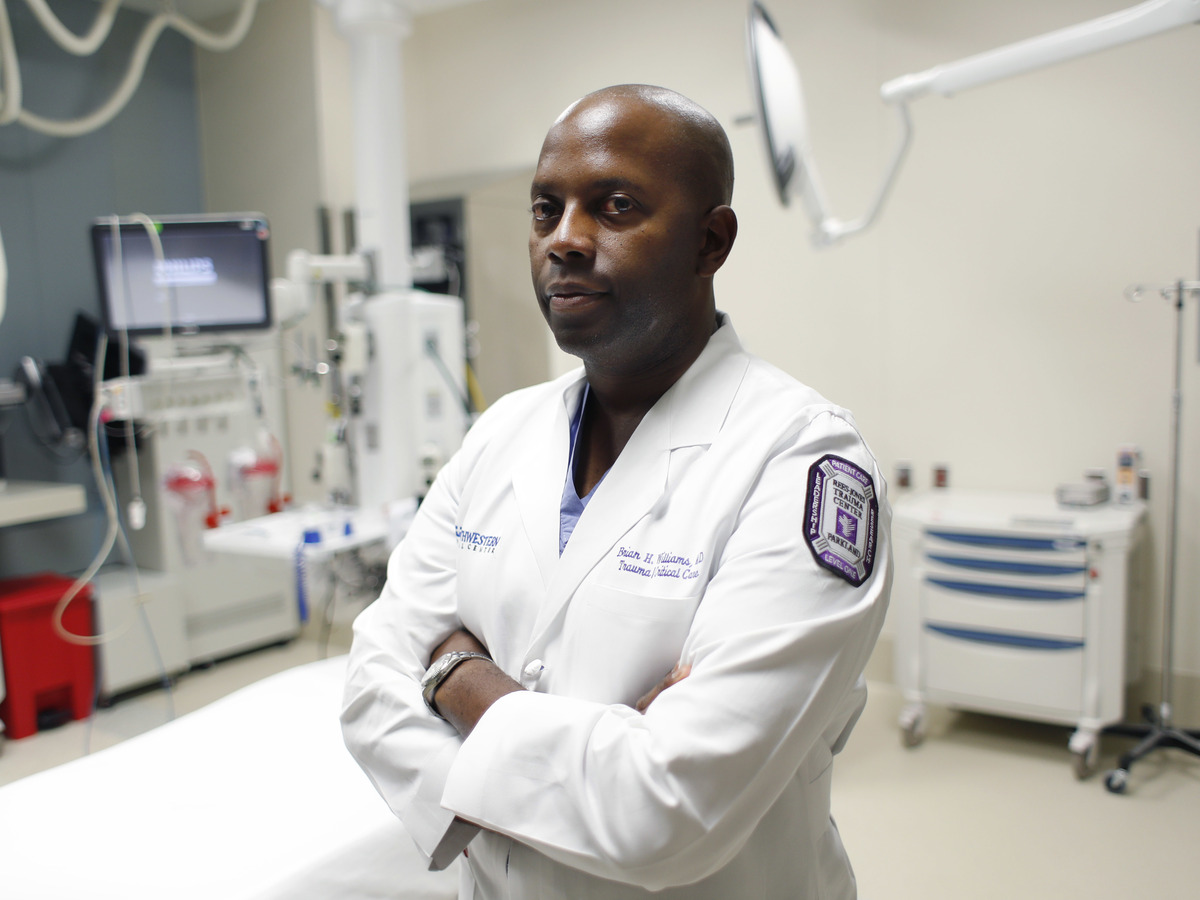 Dr. Brian Williams is the trauma surgeon who tried to save the lives of the critically wounded police officers in Dallas on the fateful night of July 7 when an embittered sniper chose to take Black Lives Matters into his own hands. He is Black and the father of a five-year-old daughter.

In an emotional interview about his own experiences and desires he said, I want the Dallas police to see I support you. I will defend you. I will care for you. That does not mean I do not fear you.

Where did this perception come from?

Was this fear created in a vacuum?

Is there any basis at all for this attitude?

The state of Mississippi has taken great strides to amend for its cruel past treatment of Black people. They have more elected Black officials than any state in the union.

Harry Belafonte, civil rights crusader, was interviewed on a television program about the civil rights struggles. At the end of the episode after hearing all the progressive achievements for minorities in Mississippi, remembering all he had gone through in that statethe ugly perception and reception-- sadly reflected, I dont trust Mississippi.

People never forget how you made them feel.  Some people are never able to overcome the feeling of worthlessness and hopelessness and engage in destructive activities. The successful ones take it in strides, brush it off and move on. Nevertheless, the hurtful experience still stings and they can recall in vivid detail the unpleasant incidents until their dying day.

The following is from the obituary of Edgar Norman Daley whose funeral I recently attended.

Aldith (his wife) joined Edgar in Brooklyn. They were married on June 26 1965, and in December had their first of three children, Sharon, followed by Donna and Norman. They moved to Uniondale, Long island in 1977, where they were met with prejudice and discrimination. Through it all, Edgar stood tall and was determined to carve out a life for his family.

Donna, the outspoken second child of the deceased, recounted this episode during the time of reminiscences about her dead father. 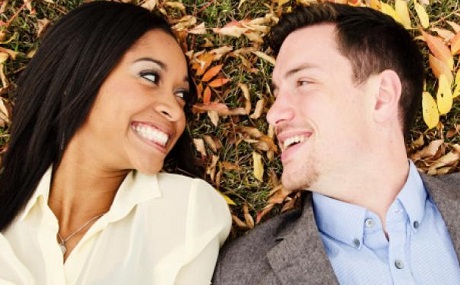 We endured bricks thrown through our windows and seeing our lawn burnt up.

One night a brick was thrown through the window and landed on the bed. My father was up like a shot, grabbing his baseball bat in the process and proceeded to chase the offender. After a while he came back unsuccessful, naked feet, bedroom slippers abandoned in the street and explained the failure to capture the culprit.

He went around the corner, he said, and there is no streetlight there and so since I could not see what awaited me there, I decided not to continue the pursuit.

At first glance the foregoing may not seem remarkable until you hear the rest of the story.

White people made his life miserable and difficult.  You would assume that he would want nothing to do with them until you hear the first time meeting between he and his prospective son-in-law, Donnas husband.

This is the memory from the son-in -law, walking up the pathway to the front door, palms sweaty, trepidation in my heart, not knowing how I would be received, a Caucasian asking for his daughters hand in marriage. After ringing the doorbell, the door opens and there he is, a broad smile on his face, arms opened and delightfully  uttering, Son.

Here was an eminently practical man, always conscious of danger, his surroundings, living in the moment, and never allowing the past to color his perception of the future.

The lesson here for the young black angry man, tired of the slightsuse your head, be resilient and recover your composure, arrive alive to survive another day. What difference can you make if you are dead?

Yes, I know it is not easy this constant chipping away at your dignity, this casual disregard for your self-worth, this cavalier dismissal of your integrity, honesty and ability.

But it is what it is, and to change tomorrow you must live out today.

Jamaicans, like Edgar Daley above, are upwardly mobile, ambitious people. They will not be limited by your conceptions and perceptions of them. They fully ascribe to the tenets of Edgars favorite singer, the reggae legend Bob Marley. They emancipate themselves from mental slavery and become victorious in their own minds.

Monica, Marlene and Clinton, neighbors in my community, are successful Jamaican immigrants.

Monica, a retired Miami-Dade County, Fl. employee hails from a family of successful entrepreneurs and land owners in Jamaica. All of her family members here and around the world are upstanding citizens and positive contributors to the societies where they reside.

There is nothing nefarious in her background that would cause you to approach her negatively.

One day, as a member of a social club, she was assigned the task to pickup an older white lady for an occasion.

This is the remark she heard from the woman upon reaching and seeing the car.

Oh my, I am afraid to drive in this car for fear of being stopped for drugs.

Monica said she felt like putting her out of the car but she kept her tongue.

Marlene and Clinton, husband and wife, own a home in Long Island, NY, and one in our community. They are respectively a registered nurse and an engineer.

This is what I heard and learnt in an almost three hour conversation about the problems with black men.

I remember in the military while driving trucks in a convoy in upper New York state. We were soldiers in full uniform. The white guys were greeted with cheers and salutes. When the black guys passed by we were acknowledged with boos and the upraised middle finger, said Clinton. When the time came for re-enlistment, I told my commanding officer, no way, even though I really wanted to make the military a career. I thought why should I risk my life for people like these?

Living in Long Island before he purchased a car, he had to use the Long Island railroad for transportation to and from work. He would take a seat in a car and three seats would always remain vacant next to him even though people, including the elderly, would be standing all around him. He thought it strange and related the anomaly to another black friend who did not believe it until the exact same thing happened to him.

As a young man, Clinton craved for nice things like cars commensurate with his salary and position in life. He bought BMWs and was stopped at least 20 times in five years for minor infractions.

One time, exploring a neighborhood out of curiosity, he was stopped and advised that he did not belong there and was summarily escorted out of the neighborhood.

His wife as a private duty nurse cares for patients in majority white neighborhoods. He took her to work one day in the BMW and the husband of the patient came to the door and complained that Clinton was driving a car acquired through drug dealing  a car that he, the hard working man, could not afford.

Clinton thought, Can you imagine my wife is in there trying to ease the suffering of his ailing spouse and this is how he addresses me?

I only smiled and moved on, he said.

Marlene, in one of her jobs as an emergency room nurse serving Department of Corrections offenders, says she cannot help but notice the disparate treatment. All the black and Hispanic suspects are escorted in with hand cuffs and ankle bracelets. The white suspects are not.

A policeman detained their son one day and gave him 10 traffic tickets with all kinds of charges for the same incident. On another occasion, the same son received five tickets for a single stop.

Marlene groaned, I had to hire a lawyer at the cost of almost a thousand dollars to get my son out of that fix and ensure his record  and life would not be ruined.

They eventually surrendered and gave up on BMWs, and now drive less conspicuous cars, consistent with the perception white society holds about the legitimate financial capability of the average black person.

The Problem of Perception

Clinton is now convinced there are two laws one for them and one for us.

In the infamous talk mentioned by Supreme Court Justice Sonia Sotomayor, he teaches the same to his sons, hoping and praying that they will pay heed.

He warns them, your rights, second amendment or others, and common sense do not belong in the same cultural box. Your stubborn insistence that they do, will or can result in lethal encounters with the authorities. Are these baseless isolated incidents? If you are honest with yourself, you will admit it happens more often than we would like.

I think what happened in Dallas was the misguided, misplaced anger and culmination of indignity piled upon indignity day after day.  If you make a person feel like an outsiderthink about Newtown, Columbine and Virginia Tech.

If you keep them in perpetual emotional slaveryat every juncture you convey to him the impression that he is not welcome, that he is a danger to society.

If you constantly remind a man that he is less than--- and undeserving of accomplishment.

If you convince him that he is akin to an animal, a savage beast that should always be confined to a ghetto.

Why are you shocked and surprised when he escapes and acts and reacts like one?

We must come from that dark place and forsake our dark common past.

We must admit: Yes, black lives matter. They matter to the families who gave them birth. They matter to our common God who created them. We are children of the universe and we have the right to be here. You will never experience your full potential until you allow the other guy, who does not look like you, to do the same.