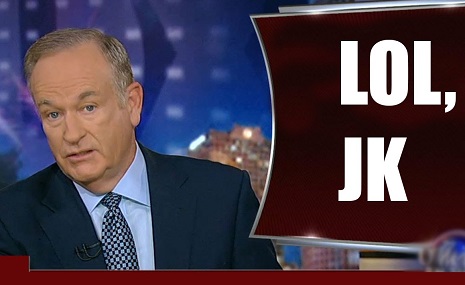 As we continue to criticize each other and accuse each other of being unreliable witnesses, fake news, deceitful politicians, we are creating a corrosive atmosphere with a demonic potential to injure us all.

We continue to erect an unsafe, uncertain structure by our words and deeds, where no one is secure.

I wrote the following a few columns ago. There will be no winners in this ongoing battle between the president and the press. The sure and certain loser will be America, its people and its cherished institutions.

When you listen to the president, a reporter or a pastor, the underlying assumption or expectation, albeit naive, is truth, accuracy and honesty. When this does not occur you are left feeling unnerved and unsettled. Some of us lose our moorings and become like driftwood, tossed and turned by almost any wave. Lies and dishonesty always foster separation, mistrust and division.

The net result is a HOUSE OF LIES.

You ponder the question-- is there such a thing as absolute truth?

Are the words coming out of a person's mouth, the undiluted facts, or phrases designed to protect his fortune, his status or his reputation?

When was the last time you heard a guy simply say --  I was wrong, I lied, I messed up, please forgive me."

I refer you to the resignation speech of disgraced former governor of Alabama, Robert Bentley. The whole thing could have been condensed into those few words.

With obfuscation becoming the sign of the times, can I rely on the guy or gal on the witness stand with his hand on the Bible who swears to tell the truth, the whole truth and nothing but the truth?

You may become very concerned as you reflect upon the following.

Judge Kozinski of the 9th Circuit Court of Appeals inferred that candidates should be not be held responsible for what they promise on the campaign trail since they want to be elected.

"Saints may always tell the truth, but for mortals living means lying," he said.

Now, I assume that a lot of the above is tongue-in-cheek and meant to be taken with a grain of salt.

However, where does the hyperbole, conflation, excess, the supposedly benign "white lie" end?

When can I assume that you mean what you say?

Is the command, Thou shalt not bear false witness a terribly inconvenient suggestion, hopelessly out of date?

People can be very good at lying," defense lawyer Steve Farese said during closing arguments in a Memphis rape case last Thursday. "Women can be especially good at it because theyre the weaker sex and we ... and we want to protect them and not have anybody take advantage of them, at least I do.

At one point, he appeared to say thats what the book says, referencing the weaker sex comment.

Then, Caroline Heldman, one of the accusers of Bill O'Reilly in the sexual harassment scandal added her bit to the recent fray.

I think that theres still a very real fear that it will have negative repercussions for our careers, she says. I think that even when were believed, which I think a lot of people are, were predisposed to blame the victim rather than believe them. Were still seen as troublemakers.

To which the recently terminated Fox News host O'Reilly commented.

The worst part of my job is being a target for those who would harm me and my employer, the Fox News Channel, he wrote. Those of us in the arena are constantly at risk, as are our families and children. My primary efforts will continue to be to put forth an honest TV program and to protect those close to me.

Now inject into this unholy mix Crystal Mangum who falsely accused a few Duke lacrosse players of rape. Then, stir in the matter of Tawana Brawley, who lied about being raped by four white men, and you find yourself reeling in a bewildered maze of despair and distrust.

Where do I turn?

Which way, right or left, up or down?

What is the truth?

Who is right and who is wrong?

Here is a point to ponder.

While on our quest to discover the ONE TRUE GOD, who benefits from all this confusion?

Thats easy. The father of lies.

You can almost hear him say it again, "Has God indeed said, you shall not eat of every tree of the garden?

So, when it really comes down to the weighty matter of life and death, heaven or hell, your eternal future, hanging in the balance, the question still on the table is: whose report will you believe?

Visitor Comments (1)
Right on...
Posted By KINGRICH1ST on May 16, 2017
I'm going to continue to believe the report of the Lord. Speak life into every situation by speaking His Word and I'll walk by faith not by sight.
Great read. Thank you for penning it. Made me take a second look at that Tawana Brawley case... Didn't know there was lack of evidence to her story. Just remembering hear them say she was lying.
Post A Comment
Related Articles · More Articles