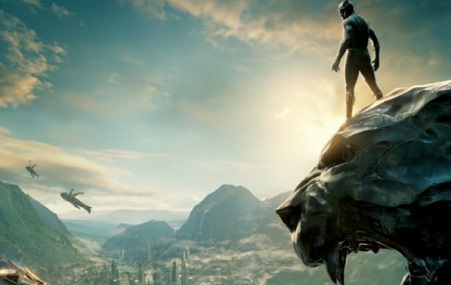 Unless youve been living under a rock for the last few weeks, youve heard about the super dope Black Panther movie that just came out. (Spoiler Alert*** FYI there may be some spoilers)

Wifey and I went to see it, and yes, it lived up to all the hype. You leave the movie AFFECTED. It was great. Period. And this post is not about that greatness. The thing, though, is that the cinematic experience is the smallest part of this movie. By far.

Many people left the movie theaters with the same emotions.but the emotions many Africans felt were different. Not that Africans didnt love the movie (are you kidding? we adored it)just that it affected us differently than what you are hearing about in mainstream media. In fact, you might emerge from this realizing that as much as the movie is having a great impact in America, and especially African Americans, Ryan Coogler (the director) and his team need to know what it did for Africans.

On mainstream media, we hear the wonderful news that:

-A black-directed/mainly black cast/Africa-without-flies-in-childrens-eyes movie, can shatter box office
-African Americans (and really all people of African/Black descent) found representation in Hollywood in a major way and got a hero on the big screen they could look up to

Those are wonderful and it just warms my heart.

Now here are the additional emotions that were running through Africans as most of us watched this. You might come out of this realizing that Africans may have been EVEN MORE AFFECTED by this movie. If you thought the power of this movie is limited to its positive impact on African Americans or the American narrative, this will change all that.

1) For the first time in most African American (And really most westerners) lives, they have a true appreciation for Africa and Africans 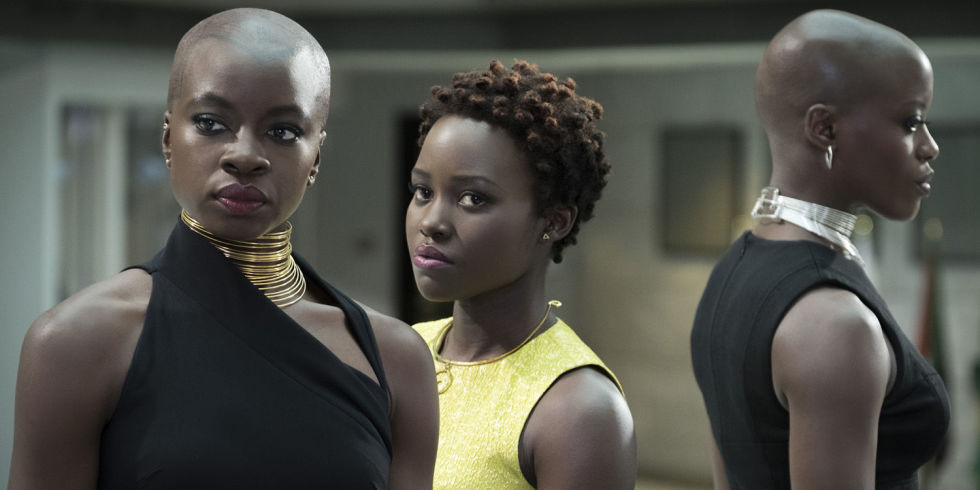 Or, at least have a different perspective. Now African Americans really want to wear more Ankara and other African outfits and want to actually feel connected. Before BP, it was .different. Before BP, sure, many African Americans wanted to find out where they were from in Africa, but the undertone was never to go and actually appreciate the place for the sake of the place or God forbidactually LIVE there. Though Africa is not Wakanda (who are we fooling.lol), BP at least got many African Americans actually asking better questions about Africa, to Africans.

I bet you for many Africans living in the western world watching this movie, the thought crossed their minds: maybe people will stop asking me if I lived in trees back home. Maybe people will stop being so shocked that I have a good command of the English language. Maybe people will stop thinking Yeah. The list goes on and on. Thankfully, thoughAfricans are some of the most resourceful and hardworking people on the face of the earth so, despite these assumptions, they survive and thrive wherever they find themselves.

-What they were wearing while being strong: For the African woman to see herself IN HER OWN culturally-inspired outfit AND portrayed as strong, was deep. Most African women have never seen themselves in that way before. Usually, they have to take off the cultural wear and put on a pantsuit. Ill park that there.
-The definition of beauty: The women were so beautiful in their natural state. In fact, did you see that fight scene in the bar where Danai Gurira was kicking butt, and FLUNG her wig in the mans face? Epic.
-Why they were portrayed as strong: Its one thing to be portrayed as strongbut to remove the (usually unnecessary and untrue) narrative that black women are just angry or that African women dont have a say on national issuesthat was more than powerful for the African woman.

Only Africans will understand this. In Wakanda, there was no coup when Tchalla was next in line for rulership. TWICE he had to prove that he was the best candidate. He didnt cheat his way in elections.
In fact, when someone legitimately got into power that many thought was wrong for Wakanda, the nation took priority over peoples feelings.

This is something that Africa has not been able to master totally yet. We are on our way.but there is much ground to cover.

4) In Wakanda, you respect the legacy of your forefathers, but you have the ability and support from them to do what is needed to correct their wrongs so that future generations can have a better life

There is no progressive-thinking African who did not feel the knot in their stomach as they saw this in Wakanda. In most narratives in Africa, we are stuck on the first part of the equation. Honoring our forefathers .but at schoolin churchin government and everywhere else, we cant seem to make decisions that move us forward.

5) In Wakanda, Africans did not have to give up ANY part of their culture to feel successful amongst each other

For Black folks all over the world (especially in America), it was great to see the color of their skin all over the big screen. The buzz word about that is representationand I rejoice for us all.

However, for Africans, this was more than that. It wasnt just the skin color thing. It was our culture and the things that make us African. The accentsthe clothesthe tribesthe colors the INCREDIBLY hospitable nature of Africans (That welcomes foreigners  who for example, ended up being colonial masters) with open arms

Whats more, all over Africa, people feel the need to be western in order to feel successful and respected. Its a thing. Radio and TV hosts who have never left Africa but are speaking with near perfect British accents, an entire generation of African children living in Africa who cant speak their own languageYeah. Thankfully, this is getting better now even outside of Black Panther as Africa is getting better.

6) In Wakanda, they maximized their resources

They didnt need many resources. They only needed ONE and they maximized it to better their nation. I had to fight back tears throughout the movie on this one issue.
-Nigeria  Oil (Over $400M in oil revenue in Dec 2017 alone)
-Ghana  Gold (15% of Africas supply of gold)
-Botswana (Worlds largest Diamond-producer by value)
-Congo  $24 trillion worth of untapped raw mineral ore deposits

Why are many African countries rich in resources but poor in living? Wakanda put in my face what I knew in my heart. That if Africa maximizes her resources, Wakanda wouldnt be a fantasy. Wakanda had vibranium and it vibrated with progress.

7) In Wakanda, Nigeria brought back the Chibok girls

As a Nigerian, once again, had to fight back tears. You see what Im saying about this being more than what mainstream media is praising the movie it for? That was a moment.

8) In Wakanda, the conversation was not about what the world could, did, or did not do for or to them

The argument was about what Wakanda could do for the world. How Wakanda could educatefeedand help the world. Only Africans would get how powerful this is. Everyone agrees that this would be nice but Africans who grew up or live in Africa understand the overbearing cultural narrative that if something is not from outside Africa, its not good enough. And yetwe see solutions to the worlds problems all around Africa. Skincare, natural resources, medicine, agriculture, fashion and tons of other things.

9) In Wakanda, tribes worked together

Only Africans can fully understand the magnitude of this. What would it mean in Nigeria that Yorubas, Hausas and Igbos worked together? What about Tutsis and Hutus in Rwanda or the Lou Nuer and Murle in South Sudan and the tons of other instances.

10) In Wakanda, young people like Shuri can invent and build ANYTHING if given the toolsand this is a proven truth in Africa today

This is not just a cute philosophically sexy statement. It is the truth. You should see what kids in Africa do with what most would call trash. The toys they make. By hand. With little to no education and or exposure. Just THINKING. Check out kids like Kelvin Doe from Sierra Leone (wowing people at MIT) and Richard Turere from a Massai community whose invention has gotten him over 2 million views on his Ted talk or Aghogho from Nigeria who has no degree, but yet built a mini aircraft...complete with all maneuverability, that takes off and lands. There are thousands of them.

For many people in America, and other parts of the world, Wakanda is a totally imaginary place that they have never been to, that does not exist. Many (especially African Americans) appreciated the description of what could be in an imaginary world if that world existed. However, for Africans watching, it was deeper. That place DOES exist. They actually live in Wakandain its outskirts and slums. Africans felt so close to Wakanda and yet so far away. Meaning

It was like watching a beautiful movie about your homerecognizing the rooms and spaces but filled with the furniture youve been trying to get, and the appliances youve been window shopping/saving for.and then being told that the suppliers could actually leave the furniture and appliances for youbut they are not convinced you should have it.

It was like seeing a meal you actually like (and know how to make if you had ingredients) on display at a restaurant but being told its for display only because it was made of plastic.

I saw the marketplace in Wakanda and I could almost see the streets of Lagos.

For Africans, we were deeply affected by this movie. In a good way. In a deeper way than Hollywood realizes.

What is the biggest takeaway though for us Africans? Lets appreciate Wakandabut better still, LETS BUILD IT.

Tobi Atte is a certified Neuro Linguistic Programming Practitioner, motivational speaker and the writer behind IJustMetMe, a lifestyle website for young adults who need a good dose of daily inspiration to tackle tough life issues. Tobi is also the author of the new book How to Make Sure Your Values are Aligned: A Guide to Avoiding Relationship Frustration. For more on relationships, motivation, fresh perspectives on faith, personal improvement and more, read/learn more at www.ijustmetme.com,  watch him on YouTube HERE and download his free e-book HERE.