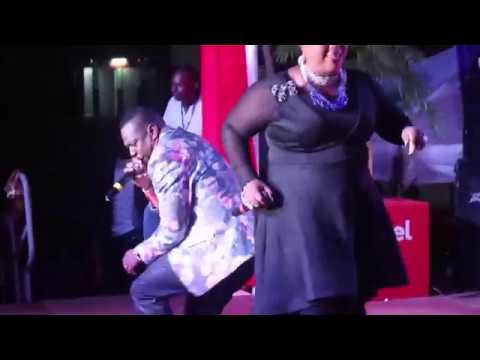 Israel Houghton and Sonnie Badu headlined Memorial Gospel Fest in Miami on May 26 at Eglise Evangelical Church in Miami Gardens.

The 13th annual indoor concert was financed by Gary Smith, affectionately known as Bro. Gary to his radio audiences in North America and the Caribbean.

Before I was a Christian, I used to put on shows for everybody from Beenie Man to Shaggyafter I got saved, God used me to do the same thing for him, said Smith.

This year, Smith secured a weekend radio contract with Sugar AM 900 to utilize their gospel airwaves from Miami to Fort Myers to reach a Christian Caribbean audience.

While Smith travels frequently to New York and the Caribbean, he recently settled in West Palm Beach and is offering local fans a live taste of the music he plays on the radio.

All of the artists who we featured at Memorial Fest are who we play on the radioIsrael, my audience lovesSonnie Baduthey love his music, he said.

Badu, a popular African worship artist, is from Ghana but American audiences know him well for his songs Baba and Imela.

He closed Memorial Fest with high worship, including many American gospel worship covers. Still, the audience of about 200 were most captivated by the high-energy set of a local Jamaican artist 2nd Chance.

Known for his audience interplay and his springing motions across the stage, 2nd Chance left audiences breathless after leading them in popular tunes like Fill Me Up, Maypen Medley and Im Royal.

This was definitely a highlight of my career- being able to open for Israel and Sonnie Badu, said Ewart 2nd Chance Blake. Its a privilege that God allowed me to be in the presence of these great menIm just grateful.