He that is ready to slip with his feet is as a lamp despised in the thought of him that is at ease. 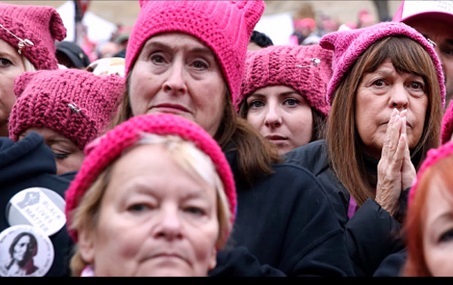 A stereotype is an idea many people hold or believe about a thing or group, which may be untrue or only partially true.

Rush Limbaugh and Ben Shapiro are up in arms, believing that white men are being unfairly targeted in the rush to confront sexual abuse. They claim the white man is under siege struggling against the myriad of accusations leveled by supporters of the #METOO movement.

They consider it wholly unfair and dangerous that all white men are being viewed with skepticism as they loudly pronounce their innocence in the face of all the wrongdoing by people who look like them.

In this present negative atmosphere, they and Donald Trump lament the risks that young white men face if accused of any kind of sexual assault.

It is, I surmise, an attitude borne of an idea of superior self-entitlement that anybody would consider them capable of such moral delinquency, especially when they so passionately deny their misdeeds.

On the other hand, for the black man - of which I am one - that is a horse (pun fully intended) of a different color. The reason, they say, is they are overrepresented in jails and prisons, underepresented in homes and schools and their tendency is to naturally engage in all kinds of criminal behavior. They are the poster child of failure- a brutal depiction of what not to aspire to in life. They are the butt of all our jokes, the boogeymen of all our nightmares, and the convenient fall guys for all our unsolved crimes.

White mass killers, sexual deviants and abusers are aberrations, abnormal blips on the radar screen of normalcy, while black men are prone to misbehavior, inherently guilty, because that is their natural state of being due to their twisted DNA.

So the Caucasian criminal should be given every sort of consideration and mercy because he is capable of correction, as opposed to the black incorrigible miscreant who should be dealt with harshly for the good and protection of society.

It does not matter where the black man is or what he is doing, he is probably up to no good and we should be always wary of him because he represents a hazard to the community.

Jeffrey Ziegler, a Michigan homeowner, was just convicted for shooting at a black teenager seeking only directions to a school.

In 1955, 14-year-old Emmitt Till was brutally murdered and savagely disfigured for allegedly flirting with a white woman. 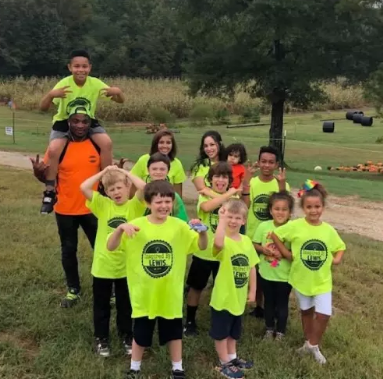 Doctor Brian Williams, emergency room trauma surgeon who treated the slain Dallas police officers, has had some close encounters with authorities. He has been spread eagled over a police car before being identified as an innocent person picking up a friend to take to the airport.

Corey Lewis was looking after the white children of family friends on Sunday, Oct. 7, and, along with his mother, took them to his local Walmart to get Subway for dinner. According to Lewis, an unnamed white woman, accosted him and demanded to speak to the oldest of the two children, in order to confirm that Lewis hadnt snatched them.

This one strikes home because my white Jewish friend on numerous occasions has left her little boy in my charge. He is white as the driven snow with blue eyes.

Even celebrity actor Ving Rhames was confronted by the police for trying to enter his own home after a call from a concerned white neighbor about a large black man possibly breaking into a home.

So, it is so hard to engender any kind of sympathy for Rush and Ben who only risk the loss of stature or reputation, while I, on the other hand, if not careful, risk losing my life.

Their cries, concerns and pleas are falling on deaf ears.

You see, I am just too busy and preoccupied to empathize with their discomfort. I am just bone tired and exhausted explaining what I am doing lurking around the neighborhood like Trayvon Martin. I am trying to tell the cops that Jacob is in my charge by permission of his parent. My deed is on the house that I am entering through the side door. I have worked hard to pay for the fancy car that I am driving, which you have decided is unfair because you cannot afford it. No, I am not a drug dealer and I have not been to jail for being a pimp or any other criminal activity.

I can only say to Ben and Rush: Welcome to the club.

Perhaps the next time you see the despised NFL player kneeling at the sound of the National Anthem you will not be so flippant and casual with your observations. You will not be so quick with your criticisms since you now have some idea of what I and my friends have endured for generations, where a world invariably casts a suspicious glance at your presence or doubts your words whenever you open your mouth.

Visitor Comments (2)
The Cross and the Lynching Tree
Posted By 10714617547056 on October 25, 2018
Great article... "It does not matter where the black man is or what he is doing, he is probably up to no good and we should be always wary of him because he represents a hazard to the community." This bit is horrfying, ugly and sadly true. James H Cone's book "The Cross and the Lynching Tree" is a powerful read and should be given to every believer in this country. ! “The cross can heal and hurt; it can be empowering and liberating but also enslaving and oppressive. There is no one way in which the cross can be interpreted. I offer my reflections because I believe that the cross placed alongside the lynching tree can help us to see Jesus in America in a new light, and thereby empower people who claim to follow him to take a stand against white supremacy and every kind of injustice.”

“Unfortunately, during the course of 2,000 years of Christian history, this symbol of salvation has been detached from any reference to the ongoing suffering and oppression of human beings—those whom Ignacio Ellacuría, the Salvadoran martyr, called “the crucified peoples of history.” The cross has been transformed into a harmless, non-offensive ornament that Christians wear around their necks. Rather than reminding us of the “cost of discipleship,” it has become a form of “cheap grace,”[3] an easy way to salvation that doesn’t force us to confront the power of Christ’s message and mission. Until we can see the cross and the lynching tree together, until we can identify Christ with a “recrucified” black body hanging from a lynching tree, there can be no genuine understanding of Christian identity in America, and no deliverance from the brutal legacy of slavery and white supremacy.”
? James H. Cone, The Cross and the Lynching Tree
The MeToo movement
Posted By JFMISSICK on October 24, 2018
Sir let me say bravo for saying it like it is. Thanks for speaking truth to power. The fake outrage that we have seen from those who would have been first in line to accuse anyone who don’t look like them is astounding, and I am completely disgusted by them. Thank you for being true to yourself and recognizing the hurt that’s long been missing.
Post A Comment
Related Articles · More Articles