Immigrants Who Make it Shun those Who Come Behind
March 2, 2020  By V. Knowles 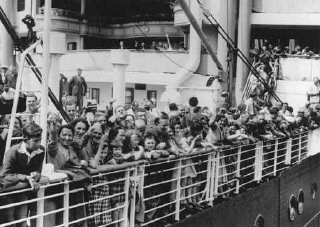 How do you explain one beggar who has found an abundance of bread, refusing even to consider showing or allowing all other beggars to do the same?

For any compassionate human being, the first and noblest pursuit should be the preservation, protection and promotion of another human being. At the very least your neighbor, which begs the question, "who is my neighbor."

There must always be a time and place in every human heart for consideration or review of the case of the weary, downtrodden traveler.

There is something broken in every human heart which, if left untreated, can be exploited by the enemy to twist one into a human mess, unrecognizable even by your own relatives.

You say you do not believe in satanic influence. I challenge anyone, after reading this column to offer a plausible, rational, understandable explanation for the behavior of the following individual. Whenever an act cannot be explained in logical terms, we must look beyond the human realm for the cause. There is also a somber warning for each and every one of us, as all of us are susceptible of becoming a victim of demonic oppression, if we are not sober and vigilant. 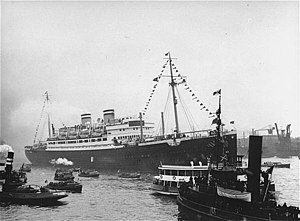 As the M.S. St. Louis cruised off the coast of Miami in June 1939, its passengers could see the lights of the city glimmering. But the United States hadnt been on the ships original itinerary, and its passengers didnt have permission to disembark in Florida. As the more than 900 Jewish passengers looked longingly at the twinkling lights, they hoped against hope that they could land.

Those hopes would soon be dashed by immigration authorities, sending the ship back to Europe. And then, nearly one-third of the passengers on the St. Louis were murdered.

Though the danger faced by the passengers was clear, they were turned down by immigration authorities, first by Cuba, then the United States and Canada. For many on the St. Louis, that rejection was a death sentence. There was a report, albeit unverified, that they briefly considered the Bahamas, my country of origin. A chilly reception, however, caused that notion to be quickly abandoned.

"In Every Generation They Rise Up Against Us to Destroy Us is a seminal thought in every Jewish mind. History has shown us that fear is not unfounded.

My friend Adrienne Klein Weberman says the only place a Jew feels thoroughly comfortable and completely at home is in the land of Israel- a place surrounded by enemies whose sole purpose in life is the destruction of the Jewish state.

Everywhere in the world, according to a Jewish philosopher, there exists personalities who harbor an irrational burning, inexplicable hatred for the Jew. Think about Louis Farrakhan or even Grafton E. Thomas who is accused of stabbing multiple people as they gathered to celebrate Hanukkah at a rabbi's home in the Orthodox Jewish community. 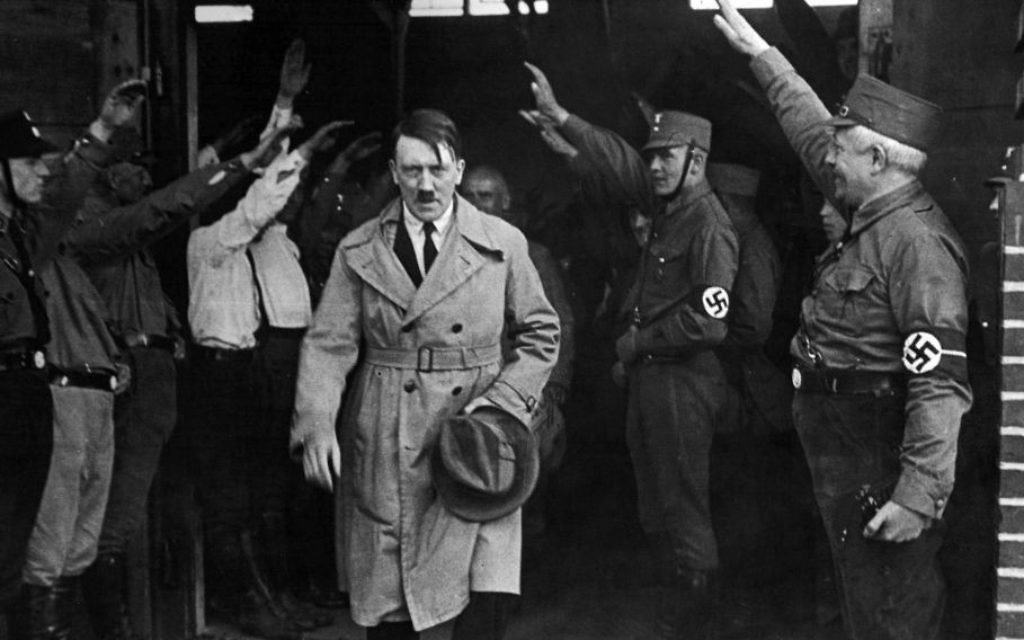 Ive heard the following out of the mouths of Jews all my life. We have to deal with anti-Semitism because it's there in every generation. At this very moment, people are out there saying, "Let's get the Jews."

This is not paranoia. It has been like this all through Jewish history. It has been this way for thousands of years. It is akin to the anti-Black sentiment people harbor for blacks all over the world. Our Jewish neighbors are familiar with the story of injustice, too. It was why many marched alongside Dr. King in the fight for civil rights in the 1960s and others with the African National Congress during the fight for apartheid in the 1970s and 1980s in South Africa.

Usually, anti-Semites claim to have a reason. Pharaoh said the Jews were getting too much power. Haman had a personal vendetta against Mordecai. Hitler had political and economic excuses for wanting to exterminate more than 6 million Jews across Europe. That jarring reality was a monstrous attempt to extinguish the Jewish race from the face of the earth.

One would think that any Jew, anywhere, in any corner of the globe, would be eager to assist another human being in his or her search and need to survive and thrive in a better place. One could assume that a sense of shared suffering would impel any Jew to look kindly upon the plight of a fellow, forsaken foreigner.

With that jarring reality and jolting backstory, I introduce to you Stephen Miller.

Stephen Miller is Jewish, the offspring of Jewish refugees who fled persecution. His own uncle is horrified at his behavior and has condemned his harsh rhetoric concerning immigration. 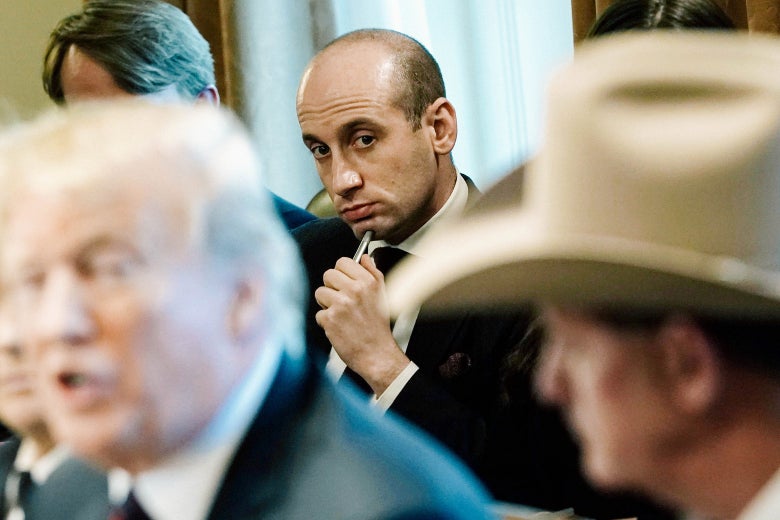 Stephen Miller even quotes articles from White nationalist websites of which one adherent entered the Tree of Life synagogue in Pittsburgh and murdered 11 people of his own faith. He apparently firmly believes that he is or will be immune from their venomous attacks, after they have succeeded in their nefarious goals.

When things became heated at a meeting about immigration policy last year, Stephen Miller, senior adviser to President Donald Trump, said the discussion at the time  about limiting asylum in the United States  was the only thing that mattered to him.

"I didn't mean to come across as harsh," Miller, 34, said, according to a report from The New Yorker. "It's just that this is all I care about. I don't have a family. I don't have anything else. This is my life."

Can you imagine that? A life devoted to slamming the door in the face of a stranger seeking help. How would he justify that to a descendant of a passenger, a possible relative on the SS. St. Louis?

Millers sacrifices have, it seems, paid off. Miller, Donald Trumps longest-serving senior aide, has successfully steered anti-immigrant policies from the White House that have rebuffed asylum-seekers at the Southern border, gutted the refugee programs, and generally made it harder to immigrate to the U.S. He has been credited with engineering the disastrous family separations policy.

He argued that immigration amounted to a national crisis in need of a border wall. He tried to add harsh restrictions to green card and citizenship applications. He was seen as a driving force behind the infamous Muslim ban.

As the New Yorker story pointed out, Miller has made it clear that he feels a level of emotion about immigration that few other Trump administration officials can summon.  One former New York Times reporter had seen that firsthand. The reporter, Julia Preston, told the New Yorker that in a conversation about H-1B visas HE WAS TALKING SO PASSIONATELY THAT HE ACTUALLY WEPT. One thing has changed for Miller: recently, he married Katie Waldman, press secretary to Vice President Mike Pence. The two met when they were introduced by friends in 2018 and got engaged in November, the same month as the meeting where he made his comments.

What does one find attractive in a personality whose very existence is a delightsome exercise in destroying the desires, dreams and hopes of another? Perhaps it is a connection similar to that of Hitler and Eva Braun.

David Glosser, a retired neuropsychologist and Millers maternal uncle - naturally not invited to the wedding - an outspoken critic of Millers anti-immigrant agenda, wrote on his Facebook post that he planned to donate to HIAS, a Jewish American nonprofit organization that provides humanitarian aid and assistance to refugees.

I wonder how Miller's mom thinks about her son's ungrateful heart.

And, to that despondent, despised, dejected Jew somewhere in the world languishing under the heel of that unrepentant oppressor, what say you?