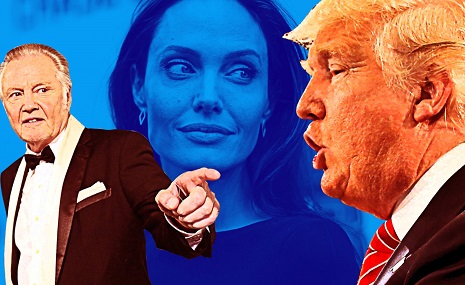 The Indian was right and Shakespeare was spot on when he declared, "Oh! what a tangled web we weave when first we practice to deceive."

I am more than a bit confused trying to discern the true intent of the individual.

Even though this was declared to be the most secure election in history, it was still rigged by the Democrats. There was widespread fraud, wholesale cheating and magically appearing votes. The cities of Philadelphia, Detroit, Milwaukee and Atlanta were particularly brazen in their efforts to steal the election. In a nutshell, the staggering amount of corruption was breathtaking in its magnitude.

Coronavirus deaths are being heavily inflated because doctors and hospitals get $2,000 more per patient if a patient's demise is classified as COVID-related.

This means that these hospitals, doctors and nurses are so vile that they are willing to risk their reputation, integrity, their lives and those of their families for the magnificent sum of $2,000.

Just to be clear this situation is a national embarrassment, inviting scorn around the world about the ineptitude of "we the people."

Yet this noble warrior, this paragon of virtue, this valiant knight, this Galahad of politics is willing to shoulder the burden of leading this diseased country for another four years. He is willing to lay it all on the line, pull out all the stops, leave no stone unturned, to be granted the privilege to usher his fellow citizens from darkness to light.

Which other person possesses the moral fortitude and strength to attempt such a feat, to endure such a sacrifice to head a hopelessly corrupt, sh*t hole country?

One could be tempted to ask, "what's in it for him?"

Is he just a prince of a guy--the kind that they do not make any more?

Actor Jon Voight is convinced that he is the greatest president ever.

Or, could it be all b*^##s%t--a thoroughly reprobate man projecting his attitude, his mindset, his behavioral pattern onto the nation?

Can the above thoughts, expressions and statements tell us something about what he would be prone to do?

Has his past history shown us anything about his character and approach to life?

Is he still the consummate con man trying to give us a steal on the Brooklyn Bridge located in his home state--an unrepentant grifter who continually mocks the suckers and losers who always seem to fall for his "schtick?"

As for me, I am still just thinking.