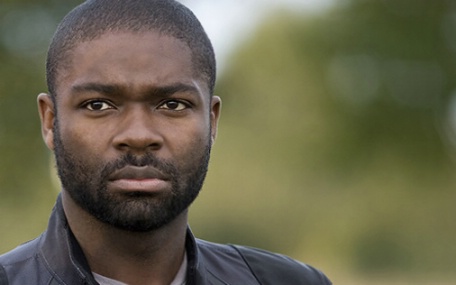 David Oyelowo (Pronounced - "oh-yellow-oh") is a British-born actor known for his roles in Red Tails, The Last King of Scotland and Rise of the Planet of the Apes. He graduated from the London Academy of Music and Dramatic Art (LAMDA), having received the "Scholarship for Excellence" from Nicholas Hytner, in 1998.

Oyelowo first impressed audiences in THE SUPPLIANTS at the Gate Theatre playing King Palasgus, for which he received the Ian Charleson award commendation. Following this he played the title role of HENRY VI, becoming the first black actor to play an English king for the RSC (Royal Shakespeare Company).

Beyond theatre, David starred in the BAFTA award winning series "SPOOKS/MI:5" playing Danny Hunter. "MI:5" also aired in the US on BBC America. Additionally, he won the Royal Television Society Award for Best Actor and was also nominated for a BAFTA for the same role for his work on "SMALL ISLAND." David also starred in the BBC1 original television movie "BORN EQUAL" opposite Colin Firth. As well as ABC's 2008 production of "A RAISIN IN THE SUN" alongside Sanaa Lathan and Sean "Puffy" Combs.

David made his US debut in two HBO productions. First starring in the Kenneth Branagh directed "AS YOU LIKE IT" in which he played Orlando opposite Bryce Dallas Howard, which aired in August 2006. In October of the same year he was again seen on HBO as the lead in the mini-series "FIVE DAYS," for which he won the Satellite Award for Best Actor in a Mini-Series or Motion Picture Made for Television for his performance. In 2008, David starred in the acclaimed adaptation of the Alexander McCall Smith novel THE NO.1 LADIES DETECTIVE AGENCY directed by the late Anthony Minghella.