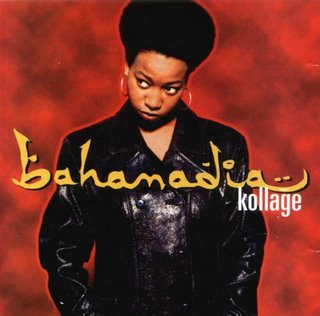 Bahamadia, Antonia Reed, is a Philadelphia-born hip hop artist born in 1970, and a DJ who later became an MC. She is one of the original femcees. As a member of Gang Starr Foundation, she released her critically acclaimed debut album entitled Kollage in 1996. The album featured production by Guru and DJ Premier of Gang Starr. Kollage was followed in 2001 by BB Queen, an EP release.

Bahamadia is a respected lyricist in hip hop and is known for her silky, subdued monotone delivery. She has expressed a positive attitude toward globalism as an emerging trend in hip hop. For example, in a 2003 collaboration with little-known group the Sisters of the Underground on a track entitled "Global", she performs lyrics in the chorus which acknowledge Japan, Canada, Sweden, Norway, and Thailand, among other countries, for fostering vibrant hip hop communities, and Japan in particular for the dedication of her Japanese fans.

Her reputation in North America has been enhanced by a number of highly regarded guest appearances on tracks by artists including Talib Kweli, The Roots, Jedi Mind Tricks and Planet Asia, and through her association with the Philadelphia hip hop collective Army of the Pharaohs.

Bahamadia was featured on our program Femcees 1..2..3 that aired on August 29, 2010.
Back To Interviewed Guests