"No Race-Mixing at Dade Christian School"  A Story of the Not-so-Distant Past
May 22, 2019  By Tiffani and Livingstone Knowles 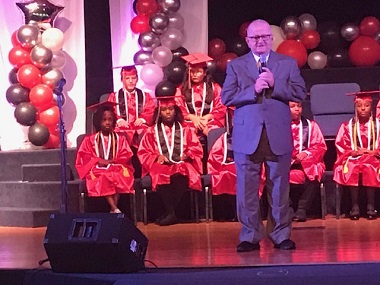 Today, I attended the fifth grade graduation and awards ceremony of my 11-year-old granddaughter at the second largest Christian school in Miami-Dade County. You can tell by its name that it is the preeminent school for the faith in the area  Dade Christian School.

The statement came to mind while sitting in the DCS auditorium. People may forget your name, but they never forget how you made them feel.

Every time I visit or pass by Dade Christian School at Northwest 167th Street, neighboring the municipality of Miami Lakes, the same numb, sad feeling threatens to overwhelm me.
Even while at the graduation, it happened again.

Dont get me wrong. My family and I were moved by the ceremony that featured inspiring words by Headmaster Paul Humphreys, song and dance from the graduates about the Millions of Dreams they have for their future and the plethora of awards doled out to the class of 2019 for honors achieved throughout the school year.

But mostly, we were moved by the three African American girls who came forward to receive the highest honor for the grade  the year-round Principal Honor Roll award.

Donning their red caps and gowns, black stoles and double gold cords, they looked so smart (pun intended)  their smiling black faces blushing under the spotlights.

Our little girl was one who received this distinguished honor and we were beaming with pride. Not only because she bears our last name, but because she is living out the legacy of little girls and boys who came before her and who were the very first to step foot onto that auditorium stage and receive similar honors yet share her skin color.

The first of her kind walked the halls in 1977, and by all accounts as it concerns American civil rights, this was very late in the game. This is what saddens me.

I remember it like it was yesterday-- the day that Dade Christian School made the evening news in Miami.

Their names were Valerie and Jacquelin. In 1973, their mom and dad Mr. and Mrs. Johnny Brown went down to the school subsidized by New Testament Baptist Church. It was a beacon of light for the community situated just off the Palmetto Expressway and near the predominantly white neighborhood of Miami Lakes. When they tried to sign up their little girls for a good Christian education, the couple was handed a card that said the policy of the school was "one of non-integration" and were asked to leave.

I remember that Mr. and Mrs. Brown filed a lawsuit against the school for refusing to enroll their daughters because they were black. The reason the school administrators gave the Browns  race mingling could possibly lead to mixed marriages which could be damaging to society.

I remember thinking how ridiculous! Some white people would resort to any level or employ the flimsiest, illogical excuse to stunt the growth or advancement of people of color.

Valerie and Jacquelin were elementary-age children with only education on their minds and those of their parents - not finding spouses to start a family. And, even so, this was 1973. How was race-mixing even a societal no-no at this time?

The school lost the court battle andguess what the Browns still wanted their children to attend the school.

This family were pioneers, the kind that was akin to Ruby Bridges in Louisiana. They refused to take no for an answer. They continued to fight even when the school still refused to enroll the kids.

When Dade Christian School appealed the ruling in Brown v. Dade Christian School, Inc. (581 F.2d 472) in 1977, The United States Court of Appeals for the Fifth Circuit ruled in favor of the plaintiff, concluding that even if it was a part of the school's religious beliefs, it was a minor one and thus outweighed by anti-discrimination rules.

It was that year the Brown girls were the first of their race to walk the halls of this Christian-led institution and broke through the barriers for our little brown girl in 2019.

So, was our occasion today happy? Of course it was. But, we also shudder to know what DCS was and that we share faith with the former headmaster who, at one time, could not offer the inspiring words we heard today. 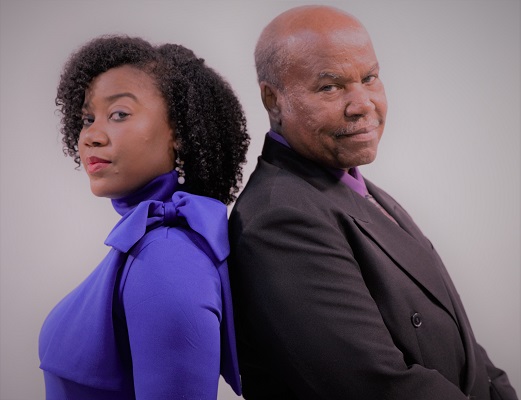 Visitor Comments (0)
Be the first to post a comment!
Post A Comment
Related Articles · More Articles
How My Faith in God Moved me to Citizenship
Who knew becoming a citizen has such spiritual, legal, mental and cultural implications? V. Knowles shares how years of double consciousness of being from somewhere and living somewhere else drove him to make an ultimate decision.
9 Corona-Proof Business Models
Since states began their social distancing mandates due to this springs COVID-19 outbreak, some businesses temporarily closed their doors and some due to not being able to withstand financial overhead in the face of irregular revenue  have had to permanently close their doors. But, alas, there is another category of business that has earned the distinguished label  recession proof. These businesses have either 1) launched a product that capitalizes on social distancing and safeguarding or 2) re-strategized and pivoted to stay afloat during these times.
Just Thinking: Hit the Reset Button
A successful future or life is determined by your reaction when things go south. Hit the reset button.