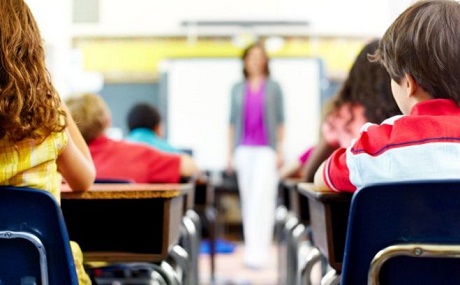 We migrated to the USA inspired by the amerICAN attitude, heartened by the fact that opportunity was everywhere, not the least being free public education. We were overjoyed to discover free books, free instructions in buildings with resources unheard of and only dreamed about in the islands.

Recently, I was surprised to read a column, Why American children stop believing in God, written by Cameron Hilditch for The National Review.

It read -- It will require, among other things, the establishment of charitable private education co-operatives if were to heed the dictates of the worlds great faiths by keeping the interests of the poor at the forefront of our minds. But the only real road to religious revival is the one that begins with each parents first step out of the public schools doors."

Is God dead? Has He lost His power? Is He still able to make even your enemies to be at peace with you? What happened to being the head and not the tail, above and not beneath, and witnessing people being afraid of you? Do we slink away in fear because of challenges, opposition and difficulties?

When we made our way to this country, it never entered our minds to pay for schooling because being black and poor in a foreign land, you learn quickly the need to save money and reduce expenses. Furthermore, as a homeowner paying school taxes, it is economically unsound to burden yourself with sometimes exorbitant private school fees and costs which, I have discovered, in many instances, to be substandard education. It would make more sense to stand up and fight and make the school system that we pay for work for everyone.

We did and my wife became a public school teacher. It was truly amazing to notice the effect she had on her peers and the children in her charge. Even now, nine years past retirement they still remain in touch with the woman who blessed their lives with her presence. She was and still is a point of light.

We faced the giants that you described in your column and we won more than our fair share of battles. I am confident that we left all the schools that we were involved with better than we found it. We flowered in the challenges and took full advantage of the many perks, benefits and resources available to everyone in the Miami-Dade County Public School system.

Two things stand out in particular. In the tenth grade, my daughter applied to something called the School for Advanced Studies which was a high school program housed at Miami-Dade Community college where she could take both high school and college classes at the same time. This meant that when she graduated she would receive a high school diploma and an associates degree. It eliminated two years of college which we did not have to underwrite. On top of that, she received the Gates Millennium scholarship which defrayed the full cost of schooling up to a doctorate. To our pleasant, financially lucrative surprise, we came to fully appreciate the notion that we could "attempt great things for God and expect great things from God."

And we were not alone in proving the miraculous power of God to perform in the most distressing circumstances.

My daughter and I co wrote a book about immigrants in America entitled, "Hola America." In it, you will find the story of a remarkable woman, a widow finding herself alone in NYC to raise 6 boys. Working two jobs to support her large family, private school tuition for so many kids was unthinkable and impractical. Not one fell into the pitfalls normally associated with minority boys in the public school system of a large city. I asked her how did she do it. "Only God, was her succinct reply. You can read about her amazing journey in the book.

To infer that public schools are responsible for a lack of belief in American children is misleading at best and an excuse for parenting failure at worst. Moreover it demeans the work of so many sincere, Bible-believing Christian professionals who labor tirelessly to ensure all of our children have a better future. In our school district, there was a chapter of the Christian Teachers Association. In addition to the annual "See You At the Pole" prayer rally, there are student led prayer and Bible club meetings.

All of our children are proud products of public schools. My oldest son is in charge of all the pharmacies in the No.1 teaching hospital system in South Florida. My daughter is a professor at Barry University.  She also happens to be our districts first national winner as a storytelling champion. My youngest son owns his own business finance firm and recently partnered with Kevin Harrington of Shark Tank fame.

During their scholastic journey, they were surrounded by pot heads, befriended children who had babies out of wedlock, studied with teens who engaged in all kinds of risky sexual behavior, and were exposed to many with undecided sexual status.

They all still believe in God, attend church regularly, have never been involved in illegal drug use and have no illegitimate children.

We were naive enough to take God at his word and believe that He would take care of us. We were not disappointed.

What you are advocating is total abdication of one's responsibility as a Christian light-bearer.

We are charged with showing people out of the way of darkness into his marvelous light.

I would refer you to the last thing He told us before He left us.

These public school children who seem to be so wicked on the outside are nothing but frightened kids on the inside, deathly afraid of the darkness that surrounds them.

As you step out of these so called "dens of iniquities" with your children in tow, would you think about those children left behind without the resources or financial wherewithal to do any better? Would you think about the light of grace, mercy, hope and forgiveness becoming dimmer as you exit the door? Would it cross your mind that you are forgetting and abandoning the poor? What should we do with all those taxpayer-funded, massive ,empty structures?

How do you help them if you hide away in monasteries, nunneries, private schools and segregated clubs, singing Kumbaya while preaching to the choir?

You would be cloistered behind the walls of our Christian fortresses, keeping out the dark, yet preventing the dissemination of the light.

How many believers ensconced themselves in their strongholds, afraid of the dark or being sucker punched in the mouth--the Quakers of the Underground Railroad, Martin Luther King Jr, Mother Teresa, Father Damien, Desmond Tutu or Jim Elliot? Rather they risked everything in His service and their shining examples and selfless devotion to sometimes hopeless causes inspired generations of people. They firmly believed in Jim Elliots confident declaration, "He is no fool, who gives up that which he cannot keep to gain that which he cannot lose."

What kind of message are you showing your kids when you squirrel them away in these institutions, avoiding contact with a world with which they must inevitably interact at some point in time?

How will they negotiate the minefields of a secular world upon departure from such a closed environment?

We are mandated to engage the world with all of its warts, insecurities and challenges to our way of life.

I, for one, will not break faith with those selfless stalwarts who have gone on before me.

Why do children stop believing in God?

We are called to occupy until He comes.

The question remains, do we want to use our one talent to get something done and change the world, or we want to feel good about ourselves, lodged away in our secure facilities, unstained by contact with a sinful world?