An Obituary of an American Presidency
January 18, 2021  By V. Knowles

On inauguration day 2017, he vowed to stop American carnage.

He promised he would make America great again.

He boldly predicted that he would elevate the USA to soaring heights hitherto unknown before his term in office.

His supporters had such big dreams and hopes in 2016. With his brash style and abrasive personality, he would whip Washington into shape, clean out that den of vipers, build the wall and Mexico would pay for it. He would grow into the presidency and become, in his words, the best and greatest president ever. Indeed, his image on Mt. Rushmore would be the end result of such a transformative presidency.

The passage of time has cruelly revealed that he couldn't and he didn't.

His singular, irrational preoccupation with dismantling the legacy of his predecessor consumed him, combined with a petulant attitude of a preteen; it hampered his ability to be innovative and proactive. The detailed, extensive pandemic playbook he inherited was disregarded as worthless and we were all witness to that supreme folly.

While he lived in the past, we died by the hundreds of thousands in the present.

Fully resistant to instruction and deceived by his own "gut," he was never able to apprehend Steve Jobs advice: "Sometimes when you innovate, you make mistakes. It is best to admit them quickly, and get on with improving your other innovations."

For four years, he stumbled from one screw-up to the next, yet maintaining the devotion of his legions of fans who would explain away all his missteps, thoroughly oblivious to the fact 

"Truth is ever to be found in simplicity, and not in the multiplicity and confusion of things."

Trump and his throng of rabid supporters became the victims of a business phenomenon called, "sunk costs.  It is a kind of emotional inertia that grips and holds a person who has expended so much time energy and capital in advocating or pursuing a particular line of action without success, and all evidence dictating a different approach. You resist changing course because of shame, the fear of being ridiculed and looking like a fool. So you stick to your guns, no matter what. You relentlessly pursue people, experts and circumstances to prove you were right, who bolster your position, so that your long held belief will not be deemed a colossal waste of time.

Michelle Obama was spot on about Trump in her speech to the DNC.

She accused the president of faking his way through the presidency, adding that Mr. Trump was the wrong president for our country.

He became lost and mired in the land of alternative facts, thoroughly convinced of his own hype and infallibility, that the line between fact and fiction was blurred.

You cannot "bus" your way through the presidency. One cannot talk or spin your way out of 300,000 deaths, historical unemployment and an economy in shambles. He was never able to work his way out of it, one positive, productive step at a time. Coronavirus would not be blamed, bullied and belittled into submission.

Here is how Tucker Carlson responded to Trump's statement about the crowd at his inaugural ceremony being the largest audience ever.

Why did the president claim it was? Carlson asked. Well, because thats who he is. Donald Trump is a salesman: A talker, a boaster, a compulsive self-promoter. At times, hes a full-blown BS artist.

The election of Donald Trump proved that sometimes we expect more from a person than his or her capacity to deliver. There was nothing in Donald's past to remotely suggest that he was a statesman, a man of the ages, able to transcend normal politics and elevate Christianity at the same time.

However, there are many "one talent" men in the world who do very well with their limited ability. Not everyone possesses that special Moses or Joshua gene. The problem and danger lie in the fact that some do not recognize or appreciate his limitation, and passes himself off as being capable of handling something above and beyond him.

He is, as Barack Obama described, a grotesque version of a personal carnival barker, ever lauding his self-proclaimed, inherent outsized abilities. April 2016, concerning the U.S. government system, he boasted, Nobody knows the system better than I do."

The Peter Principle is a concept in management developed by Laurence J. Peter, which observes that people in a hierarchy tend to rise to their "level of incompetence"  employees are promoted based on their success in previous jobs until they reach a level at which they are no longer competent, as skills in one job do not necessarily translate to another. The concept was elucidated in the book The Peter Principle (William Morrow and Company, 1969) by Dr Peter and Raymond Hull.

Sadly Trump had ascended to that stage long before he became president of the United States. Ask Michael Bloomberg about Donald's acumen as a businessman in New York.

This is an excerpt from Mary Trump's book, TOO MUCH AND NEVER ENOUGH.

"Donald has consistently FAILED UP, despite his glaring lack of success. He has always been institutionalized, shielded from his limitations or his need to succeed on his own in the world. He continued to be protected from his own disasters in the White House where a claque of loyalists applauds his every pronouncement or covers up his possible criminal negligence by normalizing it to the point that we became almost numb to the accumulating transgressions."

Do you remember the earnest inquiry about ultraviolet light and the ingestion of disinfectant to conduct an interior cleansing? Coordinator of the White House coronavirus response Dr. Deborah Birx, trying ever so gallantly to contain herself but seemed to quietly say, No, I have never heard about that." He and his supporters claim that he was being sarcastic.

Imagine that over a hundred thousand of your fellow citizens are dead and you find the time to be sarcastic about a cure for the disease.

Really, who does that?

Which leader of any institution witnessing things falling apart under his watch, proudly says," I take no responsibility for anything wrong with the coronavirus response?"

What Grinch tries to take away health insurance in the midst of a pandemic with no replacement whatsoever?

Four of Trumps Cabinet members left amid scandals involving misuse of government funds for personal purposes: Pruitt, Price, Shulkin and Zinke. Others left after clashing with Trump such as Bolton, Mattis, Mcmaster, Mulvaney and Tillerson, who reportedly called the president a moron. His personal lawyer and former campaign manager are all convicted felons. They just arrested Steve Bannon, another campaign adviser, for fraud.

Yet he and his fervent fans insist that we have got it all wrong. We are shortsighted, ill-informed, being misled, lacking discernment and missing the big picture. He will ultimately prove that he was the man for the moment, a man beyond his time. He will be shown to have been right all along. They will be vindicated in the passage of time. He is, they claim, a chosen vessel of God, to promote the kingdom of God, like the Persian king Cyrus. While those of us stumbling in darkness wait for this apocalyptic move of God to be fully revealed and understood in the passage of time, I would remind them about the old WC Fields joke: "When you attempt something and you fail, get up, try, and try again. If it doesn't work, quit, no sense being a d**n fool about it."

And so we have arrived at Inauguration day 2020, watching in abject horror as a thoroughly repugnant man incites his devoted followers to overturn an election that he knew was fair and free, all in a futile effort to save face and not be labeled a loser. It was absolutely stunning to witness so many people motivated by a lie attack the foundation of their own government.

He has been denied reelection by a margin of 7 million votes. He is facing impeachment for a second time, has been unceremoniously, permanently banned from Twitter, being threatened with removal from office by the 25th amendment, confronting the ominous prospect of being disqualified from ever holding federal office again.

As the curtain comes down on this regrettable episode in American history, the emperor has been shamefully exposed to be devoid of clothes and become the laughingstock of the whole world, taking down America's reputation with him as he is evicted from the White House. 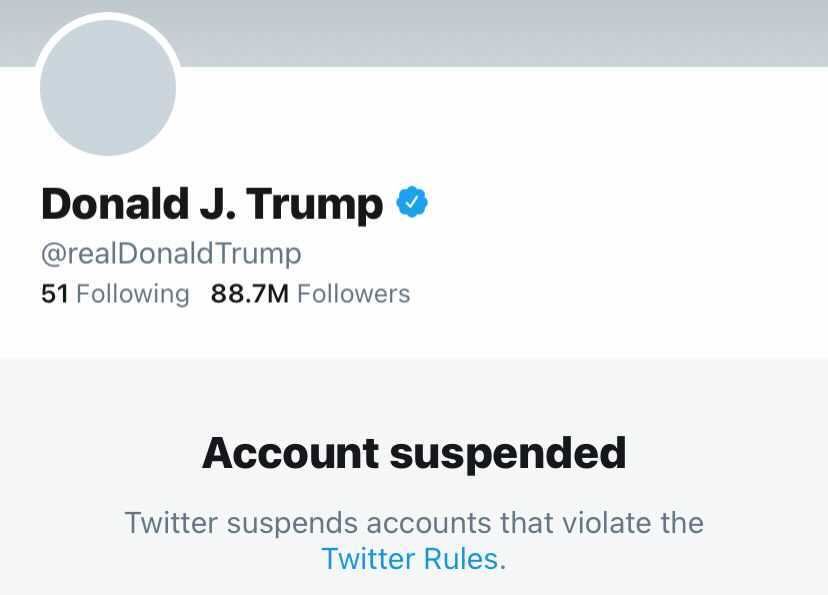 In his wake is a nation in ruins, a Republican party in disarray, fellow citizens discussing civil war, as we watch in horrified disbelief the jarring images of our countrymen assault the capitol dome, the pride and cradle of our cherished democracy. Meanwhile our enemies and friends are shaking their heads in wonder about the vaunted American Experience.

Russian politicians seemed to revel in the mayhem.

The celebration of democracy is over. It has, unfortunately, hit rock bottom, and I say this without a hint of gloating, gloated Konstantin Kosachyov, chairman of the International Affairs Committee in the Russian Parliament. America is no longer charting the course, and therefore has lost all its rights to set it. And especially to impose it on others.

The messages from Moscow contained perhaps a certain glee, said Felix Light of the independent Moscow Times, that America is getting its just deserts  as they see it  for engineering revolutions in Ukraine, Serbia, North Africa and the rest, that the shoe is now on the other foot, with revolutionary upheaval having come home.

As for our friends in Europe, a man called Dragomir is forced to count down the minutes until the current White House occupant is gone. We all cannot wait until Jan. 20 arrives, he said, and that man is out the door.

Visitor Comments (0)
Be the first to post a comment!
Post A Comment
Related Articles · More Articles
5 Ways to Curry Favor with Your Online Instructor
Now that online instruction has made it even harder to make an impression, these are the five tips in impression management I learned after teaching Wendy Williams' son.
Just Thinking: A Christian Parents Case for Public School Education
Surprised to read a column Why American children stop believing in God written by Cameron Hilditch for The National Review, columnist V. Knowles makes his case for public schooling.

The End of Toxic Christianity and the Trump Brigade
At a point in time when racial discord is violently high, the Christian church has failed in unifying us. People now revolve around the church instead of the Church moving towards the people. Columnist Priyanka Thaddeus shares her thoughts post-2020 election.