"The ox knows it owner, and the donkey his master's crib,but Israel does not know,my people do not understand." 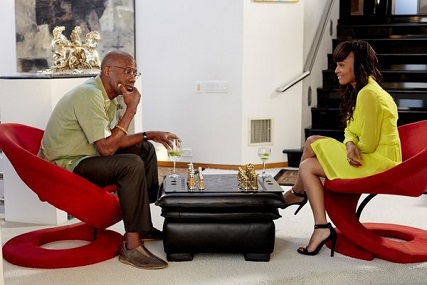 I read with keen interest the article by Tiffani Knowles in the last edition about the Preachers of L.A.

One ministry couple declared they were technically married since they already had sexual relations.

A divorced pastor stated that he was too close to retirement to assume the burden of marrying his long-time companion.

It has been said that God created man in his own image and then man returned the favor.

It has always been in the nature of man to "influence God" to come into agreement with him and approve his actions, no matter how bizarre, illogical or unspiritual.

It should come as no surprise that the majority of Greco-Roman Gods were lustful, bisexual reprobates.

It is almost impossible for men to admit wrongdoing and face the consequences of their actions until they are literally squeezed into a corner and run out of all options.

In the meanwhile, come hell or highwater, he will do everything in his power to cover up a fault, and convince himself that everybody else is wrong and will offer reasonable explanations for any act that we, in his estimation, misinterpret or misunderstand.

In addition he is quick to shift blame for any personal failure, to throw mama off the train, push his wife under the bus or point finger in the face of God.

Instead of coming clean and hastily declaring, "mea culpa, he will search high and low for the longest way to cross that short divide.

He will persist in wrongdoing even when common sense, reason and the law of God and man dictate that it is time to change behavior.

Adam, when confronted by God about his disobedience relative to the tree of life, responded, "the woman you gave me, gave me of the fruit and I did eat."

Samson was destined to be a Nazarite unto God from the womb to the grave. This meant that he was not to drink wine or strong drink and no razor was to come upon his head. Furthermore, his purpose was to deliver the Israelites out of the hands of the Philistines.

Nevertheless, after a failed marriage with an unfaithful Philistine wife, he hooks up with another in the valley of Sorek called Delilah.

She promptly conspired with her Philistine brethren to discover the secret of his great strength so that they could overpower and defeat him.

Three times she begged him to tell her the secret and he mislead her, and overcame the Philistines who followed the wrong instructions she supplied them.

He refused to acknowledge reality, did not leave this obviously wicked woman, lost his sight, his freedom and ultimately his life.

King David committed adultery with Uriah's wife and tried to trick Uriah into sleeping with his wife so as to cover the resulting pregnancy.

That ruse being unsuccessful he subsequently had Uriah killed by abandoning him in the frontlines of a battle.

The matter did not escape the eyes of God.

"Nathan said to David, you are the man! Thus says the Lord, the God of Israel, I anointed you king of Israel, and I delivered you out of the hand of Saul. And I gave you your master's house and your master's wives into your hands and gave you the house of Israel and Judah. And if this were too little, I would add to you so much more, why have you despised the word of the Lord to do what is evil in his sight.?" 2 Sam 12:7-9.

The prodigal son, his funds depleted, resources all gone, nobody offering a helping hand, still thought he could make a go out it alone.

He aligned himself with a stranger who thoughtlessly assigned him a job to feed swine.

Overwhelmed by hunger, he seriously considered eating the pig food to calm his aching stomach before coming to himself.

As all of the foregoing attest men left to their own devices will only make a mess out of things, since his natural inclination is to sin and do wrong.

The biblical verse that says, "there is a way that seems right unto man but the end thereof are the ways of death," has become a personal mantra to him.

To begin the process of healing, and start on the road to restoration he must arrive at certain conclusions:

Sin causes you to miss or abandon your God given purpose.

Sin results in a hell of pain and suffering not only in this life but the one to come.

Notwithstanding, our natural state, God is still good. Mercy, grace and forgiveness are always readily available on the day you realize your wickedness, humble yourself and ask for it.

Consider the attitude of God in the following examples:

"And the Lord God made for Adam and his wife garments of skins and clothed them," to cover their shame and nakedness.

After he forgave David for his indiscretions, He would subsequently refer to David as being faithful in all things, save the matter of Uriah the Hittite and ordained that the Savior of the world would come from David's line.

Before he died Samson called on the Lord God once again and the Lord remembered him and gave him the strength to kill more Philistines at his death place than he did during all of his lifetime.

It is recorded that when the prodigal son returned home that the father saw him from a distance ran towards him, fell on his neck and kissed him.

He ordered the servants to clean him up, put shoes on his feet and clothes on his back.

That same night in their household was rejoicing, merriment and celebration as they killed the fatted calf.

It is my hope that those individuals mentioned in the above column will come to realize the scope of God's ove for us.

We are not our own.

His love constrains us.

It is in Him that we live and move and have our being.

And yes! We are our brother's keeper and we do not have license to wound his weaker conscience.

The business of God is not about our emotions but about the souls of men.

We are not called to be happy and satisfied but holy and crucified.

If any act of ours should offend another or cause a person to stumble, even though we may be right, we shall not do it because our attitude is like the Apostle Paul,