Humpty Dumpty sat on  a wall.

Humpty Dumpty had a great fall,

could not put Humpty Dumpty back together again. 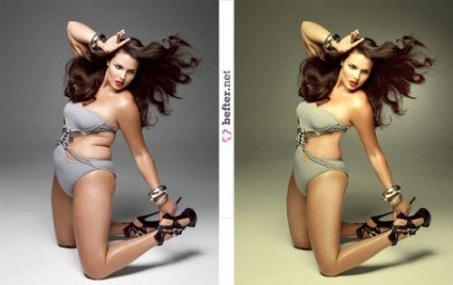 The other day I overheard on Christian radio an announcer complaining about the government in Canada levying a fine against a mother who gave her son an unbalanced meal for lunch. The same announcer railed against the overreach of authority and the travesty of justice that comes with governmental interference in the lives of private citizens.

In effect, saying government should not meddle in affairs that are dear to one's heart and should mirror his or her opinion of life.

This, as you continue reading, can be a double edged sword.

Government was created because men have been found to be incapable of governing themselves and intended to be a terror only to the wicked. However, the people in government come from the same polluted source and fetid pool as all mankind.

Therefore, once elected or in office to expect them to make a 180-degree turn and become paragons of virtue and excellence is unreasonable and impractical.

Moreover, the same premise stated above about governmental intrusion has been used by those who favor abortion, pedophilia, pornography and same sex marriages.

From the day we were evicted out of the Garden of Eden - a perfect place - we entered a confused mess of a world where nothing would ever be quite right again.

How wrong we were to assume that after God had done all that was good in His eyes and given us perfection that we could do better.

Despite our best efforts there will always be a fly in the ointment, a crack in the foundation, a tear in the fabric or a brother with a knife behind his back.

Every human action, no matter how noble or altruistic would be misinterpreted, twisted and corrupted.

We became self-righteous, self-absorbed, demanding everyone one to fall in line with our expectations and deliver that which we are unable to produce in ourselves.

We choose to focus on the negative characteristics of every individual, instead of celebrating the good values of every life.

The following is an excerpt of a recent column by Cal Thomas about Nelson Mandela serving to remind us of the youthful thinking, misguided notions of an inexperienced frustrated man.

The enemy must be completely crushed and wiped out from the face of the earth, before a communist world can be realized. When asked about this, Mandela admitted writing these words, but claimed they had been taken out of context.

Mercy and understanding for the other guy's shortcoming is always in short supply until we find ourselves under the gun or our situation in jeopardy, then we expect the heavens to open and gush out compassion like torrents of rain.

We forget that events ,circumstances and people change and not according to our schedule, timing or perception. The world will not sway in agreement with our pendulum of life.

So we become angry, petulant and peevish, and childlike in our demeanor and attitude because things did not comply with our ever-changing whim and fancy.

We act as if there should be hell to pay for every misdeed determined by our own personal gauge.

We are hypocrites with an ever present mask.

Shakespeare recorded, "all the world's a stage and all the men merely players."

We are actors playing a part, never revealing our true identities and convictions, human chaff susceptible to be tossed to and fro by the prevailing wind of the time.

The foregoing applies across the entire spectrum of human interaction and it does not matter whether it is religious or secular government.

In 1517 when Martin Luther nailed his 95 theses to the door of the cathedral at Wittenberg it was his intent to seek reforms within the church and not to create another Christian sect. Nevertheless, John Calvin in Switzerland and John Knox in Scotland extended the doctrinal division between the protestants and the Roman church far beyond the original intent of Luther.

Ironically, Ignatius of Loyola and the Society of Jesus did much to address the grievances expounded by Luther but by this time it was too late; the rift exposed by Martin Luther had developed into an impassable chasm never to be bridged again.

Indeed, by the time of his death, noting the religious conflict all over Europe, Luther lamented, "What have I done.

Indeed, the people who established the first permanent English colony in New England were refugees from the religious strife in England.

As religious intolerance and persecution worsen, the pilgrims of Plymouth Rock felt they had no choice but to leave Europe and find a new land where they could worship God in peace in their own way. Meanwhile in England, Henry VIII impelled more by the desire to be a player on the world stage than by conviction, wrote letters condemning the actions of Martin Luther.

The grateful Pope consequently conferred on the king the title of "Fidei Defensor, defender of the faith. This title was prominently displayed in the crest of the Tudors, the family of King Henry.

Subsequently, Catherine of Aragon, the wife of King Henry, was unable to produce a male child for her extremely frustrated, disappointed spouse. Henry, anxious to put her away and marry Anne Boleyn, sought a bill of divorcement or annulment from the Pope.

However, Emperor Charles V, the nephew of Catherine, had invaded Italy and the Pope was under his influence and dared not offend the Emperor by granting a divorce to Henry.

So the request of the English monarch was refused.

The furious Henry declared himself the Supreme Head of the Church of England, discarded Catherine and wed Anne Boleyn.

This put him at odds with one of his best friends, Sir Thomas More, a man he greatly respected and admired.

The otherwise loyal subject found it impossible to support the actions of his impetuous, unethical ruler and was summarily executed by Henry.

Henry, apparently, was only willing to defend faith and friendship so far.

At this juncture, this is a good time to remind ourselves this was all being done in the name of the Christ child of whose birth the angels said, "Glory to God, peace on earth, good will to all men."

Lest you think such failure and shortsightedness is peculiar to Christianity, I hasten to remind you this is a universal phenomenon.

All over the world, every day a man will exploit his fellow man, displace him from his land, burn down his house, rape his wife, steal his children, enslave him or take his life and arrogantly assert, "God said it was ok."

This brings us to a Christian government in America as advocated by some.

Which denomination should it be? Maybe the Catholics who consider Mary queen of the universe, co-mediator in the salvation of mankind and without original sin.

Perhaps, the Seventh Day Adventists who dictate no working on the Sabbath and no consumption of pork, oysters or shrimp, thereby causing an uproar by the pig farmers in Iowa or the fishermen in the gulf.

The whole system is undone, beyond repair and you can never put it back together again.

Total satisfaction and happiness for everyone is beyond the scope of human endeavor.

I am not perfect but neither are you.

Purity in thought and perfection in deed are the provinces of Jesus Christ.

We must resign ourselves to accept, as Jesus says, the wheat and tares growing together until the day of harvest.

Only on that day, when we would have come full circle back to the master gardener who will do the pruning and gleaning, will things be made right again.