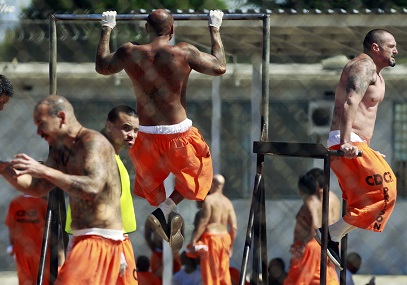 In our fallen state, we have been deceived by the enemy of our souls. If we are not sober and come into agreement with the one who loves us- we will continue to be deceived- and who can be really sure that we will ever recover?

Years of working with the homeless and incarcerated have bought this notion sharply into focus, and afforded me a deeper insight into the workings and fallout of wrong thinking and wrongdoing.

From our youth we have been inculcated into believing that we should be strong, do things our way, if necessary, step over and upon the other guy, because the world will take advantage of the weak, humble and the infirm.

We have been taught that, nice guys finish last and to be kind, gentle, merciful, forgiving, or a goody two shoes" is a sign of weakness, an example of a wimp, a sissy, and a pushover.

We have been reared to be as nasty as I want to be.

So we laud, applaud, endorse and vote for Donald Trump in all his reckless arrogance.

As we fall victim and prey to that vicious ideal we eventually encounter what the Bible declares, The law of the wise is as a fountain of life, to depart from the snares of death. Good judgement giveth favor: but the way of the transgressors is hard. - Proverbs 13:13-14.

One of the occupants in the faith-based dormitory at Bartow County Jail - indeed the one in charge of overseeing that everyone follows the rules of the facility - has recently received, at 47 years of age, a 20-year sentence for dog fighting, effectively ending his useful life on this earth. I, considering this sentence to be unjust and extreme, have written to the judge in his case. As of this writing, I have not yet received a response to my letter.

Another, who used his vehicle in the commission of crimes, has seen it seized by authorities, leaving his wife without transportation. In the month of October, I told her that her husband desires a visit from her and to enquire about the status of the truck. She replied that because of the circumstances involving efforts to retrieve the truck, and to satisfy the judge that it would not be used in any more criminal activities, she may be able to visit him by Christmas.

Yet, another asked me to call his mother and ask her to put money on the phone card to make calls and to also visit him. I discovered that to accomplish this simple act costs the princely sum of $25 for two phone calls. Furthermore, the mother advised me that she would like to bond him out of jail, but that would cost about $1300 dollars. She could raise the money out of her life savings, but her husband, his father, refuses to allow her to do it, exclaiming, what will happen to you when you get old, because that boy is in no position to help- he cannot get his life together? You have done more than enough.

She stated that she will try at least to put the money on the phone card, but she wishes that her only son at 46 years would turn his life around. She thanked me for my efforts in trying to teach them the word.

One saw his son, fatally shot, dying in his arms.

There is one inmate who dreads the day of his release. He fears that he has not defeated his drug habit. Once free and unsupervised he is afraid that will fall back into that destructive lifestyle and will wind up dead.

I have been besieged with requests for letters of recommendation to employers, judges and probation officers, pleading for understanding and a second chance.

I have done my best to comply with all these plaintive cries for help, but in jail there are restrictions as to what and how much you are allowed to handle.

I have come to learn the name for the justice system, Dept. Of Rehabilitation and Correction, is a misnomer.

Invariably, there is no rehabilitation and correction of lives-only a pernicious endless cycle of crime and punishment. To our profound regret, we discover that society is hypocritical and schizophrenic. We blithely and breezily utter all the noble thoughts and sentiments. Nevertheless, we do not forgive, and we are only too eager to discard a person, lock up the offender and throw away the key.

We had a big laugh the other day. I told my guys that when they were on the outside, they were young, and carefree. Back then, they looked with disdain upon the man who was faithful to his wife, the law-abiding citizen who went to work every day. The one who lived in the 3-bedroom, two-bath house with the white picket fence.  The person who kept his 2.5 children under control, drove a station wagon, attended church faithfully and was a member of the P.T.A. They thought he was a wuss when he declined to hang out with the boys, wanted to go home straight after work, because his wife would be upset he was not there to help with the homework.

Yes, you lived life according to your own rules, on your own terms and answered to no one. You were your own man. The question is, how did that work out for you? 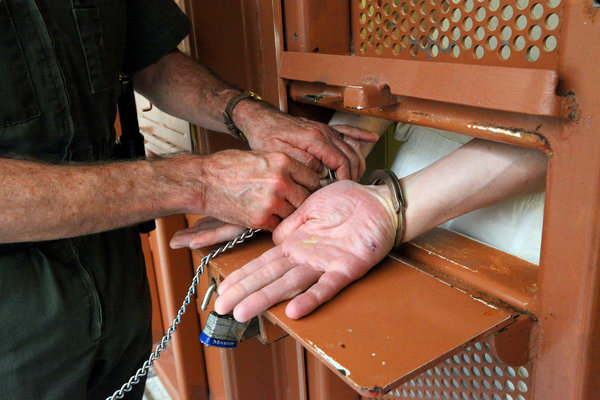 You are now locked away in a box devoid even of sunlight. If you wanted to see the sun(son) you have to  struggle to scale a high place to catch a fleeting glimpse of its(His) rays.

Looking back we could all now agree that if we could do it over again, we would all try to live like that fellow we so despised.

There is something about being behind bars that gives one acute clarity and 20-20 vision.

Every week I go to the jail, the prayer request without exception-please pray that it will go well with my case.

We do pray and believe, but only God knows for sure, and can guarantee how things will turn out.

When we venture into the hard way and follow the life of the transgressor, He ominously warns us,

Whoever is wise, let him understand these things; whoever is discerning, let him know them; for the ways of the Lord are right, and the upright walk in them, but transgressors stumble in them. -Hosea 14: 9

When a human being stumbles and falls, painfully and regrettably, sometimes he or she never bounces back or gets up again.