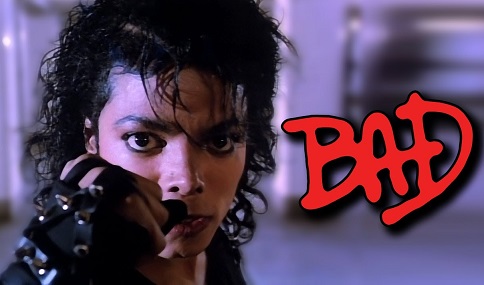 God does not waste words or instructions. If it is repeated more than once, maybe, just maybe it might be important and we should pay keen attention to it.

Seven times in the first chapter of Genesis, the word good is mentioned.

Sometimes familiarity with a person, place or thing breeds contempt. Because of proximity and availability of something or someone, we forget or neglect to appreciate their value or worth.

We have become too careless with God and doing good.

Today, bad has a new connotation. It means good. And, in turn, when we use good, it is often in a negative manner.

We say, good for you! as an exclamation of satisfaction when a disobedient or unpleasant person is hurt or in pain. We describe people we dislike as, good for nothing. Wholesome words are regarded in some quarters as goody, goody, crap. We accept naughty but nice as just the way it is.

Se we admire and wink at the old actress Mae West whose casual attitude towards naughtiness was well documented. Come up and see me sometime, she would say with a sly grin to a fellow she admired.

Whats the fun in being good? accompanied by snickering and laughter is often overheard.

I remind you the root meaning of the word naughty  is nothing and continuing to entertain nothing will hurt you eventually.

In college to be one of the in crowd, accepted by the fraternity or sorority, it is expected that we engage in pranks, sex in the bathroom, drink enormous amounts of beer, make a fool of ourselves, play a trick on the teacher or bring weed to school.

If not, you are seen as some goody two shoes who is afraid of a dare or living on the wild side. So, they ostracize you and make your life miserable.

Nobody is perfect they say, and who died and made you the morality police, if you object to their antics.

Lighten up, dont get your panties in a bunch, is a resounding chorus among the younger, hip crowd.

The man who is faithful to his wife is scorned and ridiculed as being a wimp, a sissy and panty- whipped.

So, we find ourselves conditioned to accepting a little leaven in the lump. Therefore, Aretha Franklin would record, Youre no good, a heart breaker, a liar and a cheat. I dont know why I let you do these things to me. My friends keep telling me that you aint no good. But I never loved a man the way I love you.

In our fall from grace, we have descended into the abominable pit of regarding bad, evil or corruption as inevitable and normal.

We become satisfied with ill behavior such as the wife in Jamaica who wrote to the advice columnist, who pens the column, Tell me pastor.

The essence of the letter discussed her husband who happened to be a gallis  Jamaican slang for a philanderer.

However, he was a good provider for her and the children. The bills were all paid and nothing was lacking in the home. His outside women all respected her and realized that she was the wife, so they would not bother her or them if they were to meet in public. Therefore, she was prepared to put up with his wayward activities as long as he did not mistreat her.

One big problem. What about syphilis, HIV or STD?

Does he use a condom every time? What about an unplanned pregnancy?

That is not good. When God made one man for one woman and joined them together, blessing their union, He declared it to be very good.

Anything done differently is very bad.

At this juncture, I will make a pronouncement so earth shattering, so deep, so profound that it will rock your universe.  If you apprehend it, your life will never be the same again.

BEING BAD IS NO GOOD.

What did you say?  Thats it! You sit in stunned silence as the air is seemingly sucked out of the room by some gigantic invisible vacuum cleaner.

That, readers, if you do not grasp it in all its glorious simplicity, is the beginning of your downfall.

Being bad at anytime, anywhere, anyhow is not good, will never be good and will always result in things going badly for you.

What happened the first time we tried doing bad?

Read about it in Genesis 3 and the bitter consequence of heeding the one who is all bad.

How did that work out for us? A simple oversight, a moment of weakness, a temporary lapse in judgement.  No big deal, you may be tempted to say.

God does not see it that way. God does not abide bad, anywhere, anytime without some sort of judgement. Doing bad has built-in consequences.

The wages of sin is death.

As I am writing this, I glimpsed on my computer screen, the caption, Not a good day for Bill Cosby as judge rules that his rape case may go forward.

Here is another shocking revelation and I am reluctant to admit it.

God is smarter than you or I. He is good all the time and all his ways are good.

Hence, it just may be a good idea that we continually learn and strive to do that which is good.

Some of you have yet to come to that conclusion and still think you are smarter than God and know better how to handle your own life.

That you will discover is no good.

It is good to serve the Lord.

It is good to obey the Lord.

It is good to wait upon the Lord.

It is good to worship the Lord.

It is good to praise the Lord.

Even though you despise that which is good according to Micah 3:1-2, God is continually crying out to mend our ways so he can rejoice over us to do us good.

Doing bad is extremely limiting, unfulfilling and inconvenient, and, like Bill Cosby at 78, will always come back and bite you in the butt, and more often than not, at the worst possible time.

Murphys Law declares, if something can go wrong, it will go wrong and at the worst possible time.

You will never have to fear the past, present or future by doing good.

The deceiver wants you to think that doing good is inconvenient, abnormal and not pleasurable.

Stolen water is sweet, says Proverbs 9: 17- 18, but the death and hell are resident therein.

Even the dog recognizes it and it is pleasant to his ears. Goooood Boy  elicits the response of him jumping up and down to lick your face in delight.

It is widely acknowledged that plants will only flourish in good soil, under the loving hands of a good gardener who speaks good things to them.

Think about it. It is almost like music to the ears.

It sounds good and it makes one feel good.

And in the final analysis, thats not bad.

Being good is good enough.

In the books of Timothy, the Apostle Paul talks about fighting the good fight of faith. He was not perfect, he did not win all the battles, but he was good.

And if you keep company with good, you will become familiar and friends with better, encounter  the land of excellence and before you know it,

Voila! You are the best.

And do you know what that is called--- PERFECT.

And as the saying on a sign I saw in an office exhorting the workers goes: PERFECT IS GOOD ENOUGH.

There is that pesky little word again -- Yall have a good day now, you  hear.