Acting White: The No.1 Lesson from Green Book
December 17, 2018  By Tiffani Knowles 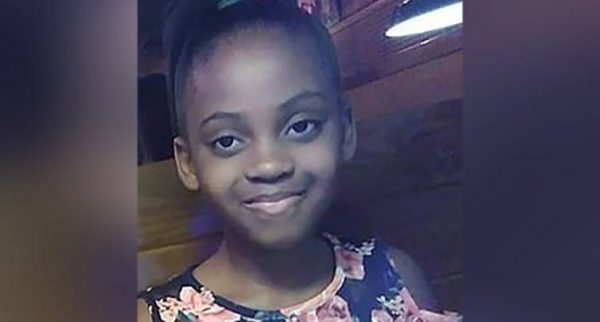 My heart started to bleed when I read the headline "9-Year-Old Black Girl Hangs Herself after Classmates Bullied Her Over Friendship with White Family." McKenzie Adams loved math and wanted to be a scientist when she grew up. Every day, she would car pool with a white family who would drop her off at school. Some of her black classmates would tease her, saying: "Why you riding with White people? You're black and ugly! You should just die."

My heart hurt for her family, her mom but, most of all, because I was McKenzie Adams.

When I was in the sixth grade, I was labeled an oreo. Black on the outside but white at the center. I had never heard that before and I had never actually been put at odds with myself until that day.

I didnt know that my demeanor at our diverse middle school could lead me to be perceived as anything other than a black kid. But I wasnt a regular black kid, apparently.  As I recall, the classmate hurled the comment my way because I jerked my head away after she tried to touch my hair. Silly, I know.

I recall that day vividly because it was the day I received an education on double consciousness which would later inform my perspective on the importance of code switching.

Double consciousness was coined by W. E. B. Du Bois in 1897 to describe an individual whose identity is divided into several facets.

One ever feels his two-ness, an American, a Negro; two souls, two thoughts, two unreconciled strivings; two warring ideals in one dark body, whose dogged strength alone keeps it from being torn asunder, Dubois wrote in the Atlantic Monthly article titled Strivings of the Negro People.

After watching the movie Green Book, a biopic about the world-class African-American pianist Dr. Don Shirley who developed a friendship with his tough-talking Italian-American chauffeur while traversing the Deep South on a piano concert tour in 1962, I remembered the sixth grade and also Dubois theory on twoness.

To be more formally-educated than people thought to be acceptable.

To possess less savoir-faire about African-American culture than was acceptable.

This was always a problem.

This was Shirleys plight, too, and he caught it on all sides.

After studying psychology and music in the U.S. and Europe then garnering top achievements in his field, he began performing for audiences who wondered: 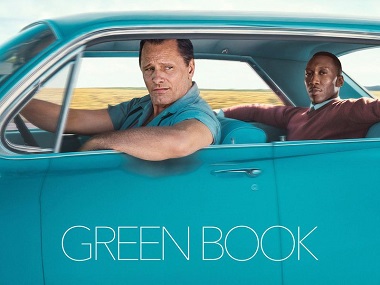 2) how he could be so virtuoso?

3) how he could have earned the support of two white musicians who comprised the Don Shirley Trio?

4) how he could speak so articulately?

5) how he could dress so well, walk with his head held high and think he could travel anywhere he chooses?

There was also a flip side, though.

After studying psychology and music in the U.S. and Europe then garnering top achievements in his field, he began performing for audiences who also wondered:

1)    how come he didn't play blues and jazz at local juke joints?

3)    how did he speak with such crisp articulation, forsaking typical Black vernacular?

5)    how did he prefer lobster over fried chicken?

6)    how was he unfamiliar with popular black musicians Aretha Franklin and Chuck Berry?

In the movie, it all came to a head when Shirleys driver Tony insisted that he himself was even blacker than Shirley because he listens to Little Richard, enjoys Kentucky Fried Chicken and grew up in The Bronx, while Shirley has very little association with these rules for black living. Mahershala Ali, as Don Shirley, spits back at him vehemently in what I know serves as the line to garner him another Oscar nod: If Im not black enough and Im not white enough and Im not man enough, then tell me Tony, what the hell am I?

This becomes the quintessential question for those like Shirley, McKenzie and myself.

And now, enter code switching -- the practice of shifting the languages you use or the way you express yourself in your conversations.

I had to learn that even though I didnt prescribe to all overstated black American rules for living, it was okay to learn them for the purposes of freely navigating in and out of conversations and social settings.

Switch an Aha for an Ooooh girl, I feel you.

Switch a Green Day reference for a Boyz 2 Men reference.

Switch a Friends reference for a Living Single reference.

All of this I had to learn and it began to serve me well.

In fact, by the end of the movie, Shirley also learned how well it could serve him.

He and Tony were dining at a juke joint and the bartender asked him to play a tune on the piano. While hes used to playing on a Steinway for an audience of bow-tie, dinner jacket-donning high society folk, he chose to code-switch for his down-home Black southern audience, accompanying a blues band in boogie-woogie, syncopated rhythms that had both he and his Black audience sweating and  grinning from ear to ear by the end of the set.

Visitor Comments (1)
Acting white
Posted By GLOKNO50 on December 19, 2018
This certainly has struck a nerve with me.
I endured the same kind of mental abuse during the 70's at school in New York. My heart aches for that little girl. Many of us are thinking of ourselves as black men and black women instead of just men and women capable of achieving anything that a human being can. It is the 2000's and we ere still in this wilderness mindset. When will the change come.
It is my prayer that the Lord will hasten the day when we "emancipate ourselves from mental slavery."
Post A Comment
Related Articles · More Articles
NBC's "The Voice" Season 20 Contestant takes Gospel to the top
New York native Jose Figueroa Jr. has made it to the May live shows on NBCs The Voice Season 20 with a dominant Christian song selection and a gratefulness to the God.
New Autobiographical Novel on Russian Mail Order Bride
As a start to the new year, author Masha Era flashes back in time to write her own autobiographical novel entitled Cold month April, Warm month December where she tells of her life as a Russian mail order bride.
How the Military Birthed Musical Career for Retired Captain
As a retired captain, Maxine Reyes is finally working full time on her music and has produced  with the help of renown musicians  two new singles  one is Joy Unspeakable and the other Ive Got You.