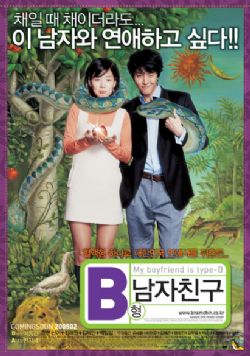 "I'm a Type A personality."

Who knew that this borderline apologetic statement about one's tiger-like ambition may have had more to do with blood type than anything else?

In an effort to prove the age-old Japanese blood type theory of personality, South Korean filmmaker Choi Seok-won produced, My Boyfriend is Type B.

We meet Ha-Mi, a mild-mannered type A college student who is searching for true love, and Yeong-Bin, a callous type B young man, who is secretly experiencing financial trouble. We know instantly this will be one of the more impossible romances.

Is this film an exaggeration of a theory that has been dubbed the Oriental astrology?
No. In fact, a large percentage of social networking communties and even employers in Asia use blood type as a determinant of character and demeanor.
Consequently, asking one's blood type is common in Japan, and people are often surprised when someone does not know his or her own blood type.
Christine Park, a native of South Korea, has Type O blood, and says that it is also very rare for a Korean to be unaware of his or her blood type.
"My ex-boyfriend was type B; as people generally think, he was a little eccetric, stubborn, having his own world," said Park. "Interestingly, my current boyfriend, Korean-American, born in America, I asked him if he knows his blood type, doesn't have a clue." 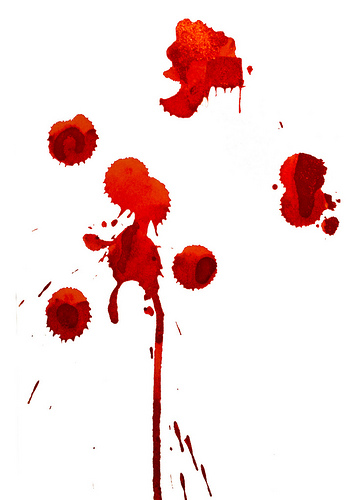 In the last year, four of 's top best-selling books were about how blood type determines personality, making it a trend that far out-sells horoscope/astrology books in the
HeeSun Lee, a hip hop and spoken word artist in New York City, is extremely driven about her craft and is in pursuit of mainstream exposure. She is engaged to a New York police officer, Tim, who is her complete opposite.
"Tim is really kind-hearted and selfless, putting my needs before his. But, he's also laidback and quiet, which a lot of times gets us into arguments," said Lee. "He says I come off blunt and nasty."
In evaluating her temperament, Lee may very well be a Type A.
But Lee, like many Americans, is unaware of her blood type and the implications that come with it. 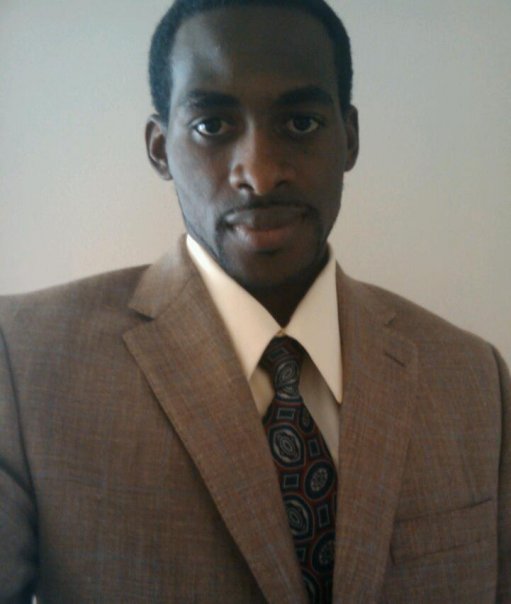 It was for this reason that Miami businessman Wren Chambers decided to found non-profit organization, What's My Blood Type?, to create blood type awareness among Americans.

In high school, his friend, Walt, collapsed on a basketball court and died on the way to the hospital from an undiagnosed blood disease. He began to contemplate what he could do to help bring meaning to his friend's death.

Ten years later, he figured out how.

"In case of emergencies, it is so important to know your blood type because if a hospital don't have any O- blood (which is universal), they don't have to spend time testing you to find out the blood that can save your life," said Chambers.

Chambers, also a real estate associate, is currently lobbying to have Congress make it mandatory to have your blood type listed on your driver's license.

Not only does Chambers support blood type awareness in cases of medical emergency, but he also fully espouses the theory of naturopathic physician Peter D'Adamo that says a person's blood type affects the body's reaction to foods.

In 1996, D'Adamo outlined in his book, Eat Right 4 your Type, that the consumption of foods containing lectins (carbohydrate-binding proteins) best utilized by a person's blood type will enhance their health.

"Every blood type should stay away from pork because it is difficult for everyone to digest," said Chambers, who has Type O blood. "But, as for me, I can eat more meats and protein because I have stronger stomach acids to absorb them."

But, what does Chambers say about his blood type and its ties to arrogance.

He is so convinced that his next initiative is a spin-off website called www.areyoumytype.com - the world's very first blood type-based dating service.

"It's going to be a hit," said Chambers.
But, will this craze open the same vein of controversy that it has in .
There, the term "bura-hara" has been coined to describe blood-based harassment by sports teams, matchmakers and human resource departments who offer preference to people largely based on if they are A, B, AB, or O.
"It's simply sham science. The idea encourages people to judge others by the blood types, without trying to understand them as human beings. It's like racism," Satoru Kikuci, associate professor of psychology at told the Associated Press in February.
And, he may not be too far from the truth.

In 1927, Takeji Furukawa, a professor at Tokyo Women's Teacher's School, purposed to "penetrate the essence of the racial traits of the Taiwanese, who [had] recently revolted and behaved so cruelly."

Based on the finding that 41.2% of a Taiwanese sample had type O blood, he assumed that their rebelliousness was genetically determined. The reasoning was supported by the fact that the Ainu people - an ethnic group in Japan - were characterized as submissive; only 23.8% had type O.

It was Furukawa's suggestion, then, that the Taiwanese should intermarry even more with the Japanese in order to reduce the number of individuals with type O blood.

Chambers believes that Furukawa, along with many others in history, have chosen to corrupt a notion that should have actually been used for good.

He would rather sit down with celebrities like Usain Bolt, who - with his incredible athleticism and outrageous showmanship on the track - Chambers proposes is an O blood type, to have them help him spread the word about the importance of blood type awareness.