Not a Monk nor a Priest, and yet a 20-Something Virgin
February 19, 2010  By Chrisnatha Derosier
Homepage Thumbnail Design By Alex Vernaza 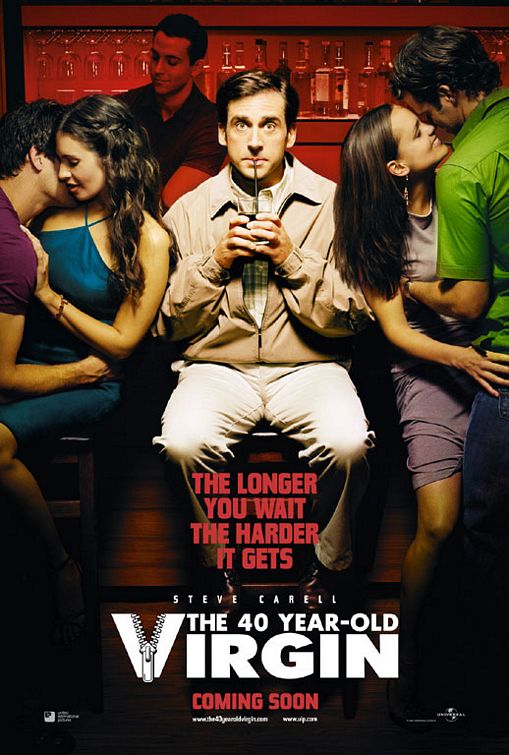 active, successful, educated and he'sa 25-year-old virgin?!
In a society where pre-marital sex has become widely accepted, there are a select few who are taking a stand and waiting to experience sex with their wives for the very first time.
Colber Prosper, a graduate student at the University of Tennessee, has not always been vocal about his stand for abstinence.
"Everyone is having sex and it seems weird when a young man at my age says that he is saving himself for marriage," said Prosper.
Yeah and we kind of expect the Steve Corell-type from The 40-Year-Old Virgin who designs video game software and collects two-decade-old action figures.
But, Prosper's anything but weird. Last summer, he and his friends took a road trip and went to 7 states in 4 days. He is pursuing his master's degree in Student Personnel Administration where he will have a part in creating polices for his campus. He even played defensive back while in college at Maryville College, in Maryville, TN.
While Prosper is a regular guy in many ways, he lives what seems a life carved out solely for Buddhist monks and eunuchs. He's had four serious relationships and has never slept with any of his girlfriends. In fact, he hasn't had sex at all and hopes his first is the woman who wears his ring.
His #1 rule: he makes sure he keeps his clothes on and if he feels that his limits are being pushed, he puts an end to the date quickly. 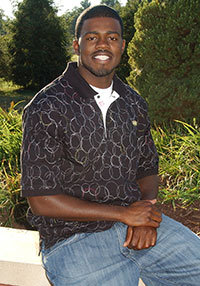 Though he has been able to live a life of purity, it does not mean that being a virgin has been easy for Prosper.
"There were times when it got real hot and heavy," said Prosper. "But, remaining a virgin is not my own doing; it's something that God and I work on every day."
Prosper knows the risks of premarital sex and irresponsible sexual behavior - unplanned pregnancies, sexually transmitted diseases, and even HIV/AIDS - and he's keeping far from them.
However, one of the more overlooked facts that keeps Prosper pure is that sex carries with it emotional and psychological effects.
According to data from the Medical Institute for Sexual Health, when a couple becomes sexually active, they release a series of brain chemicals that can result in powerful emotional bonding. Once "hooked," the couple forms a bond that is not easily broken. When separation does occur, it has a chemical and biological impact on the brain - an impact that affects future behavior and happiness. 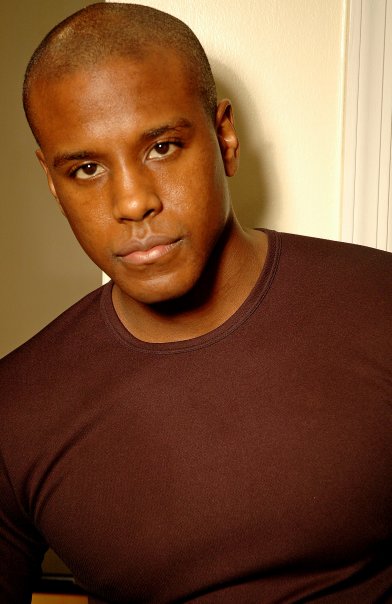 "Millions of American teenagers and young adults are finding that the psychological baggage of casual sex is affecting their lives," said Dr. Gary Rose, President and CEO of the Medical Institute. "They are discovering that 'hooking up' is the easy part, but 'unhooking' from a sexual relationship is a lot harder and can have serious consequences."
So, to keep things from escalating physically, Prosper dates casually.
DeMarcus Reed, 30, is on a similar path in New York City. But, unlike Prosper, Reed is on a continuous search for his soulmate and is saving himself for her.
DeMarcus Reed, a model who is surrounded by beautiful women on a regular basis as a result of his profession, is also a virgin. It was a decision he made when he was still a child.
"I grew up without my father. After seeing all the pain he put women through, I just knew that I wanted to reserve sex for my wife. As young as five, I thought to myself, 'I want to wait!'"
When he was 19, he was certain God showed him a vision of his future wife. Since then, he's been all over the world in pursuit of her and has even bought her wedding ring.
This realization, albeit peculiar, has brought Reed to a more personal place in his belief. He encourages others to live a life of purity and many have been inspired by his lifestyle.

Still, with the rate young people are having sex, when Reed finally finds his soulmate, will she be a virgin? Or, would she have given it up on her prom night in the backseat of a limo?
According to a poll taken by Planned Parenthood, 46 percent of 16 year olds and 57 percent of 17 year olds have had sexual intercourse.
From modern television dramas like Greek and Lincoln Heights to reality shows that glamorize "hooking up" with each of your 15 co-contestants, it appears as if adolescent virginity is obsolete, let alone twentysomething virginity.
Traditionally, there has been more emphasis placed on female purity, rather than male purity, but even that is waning. 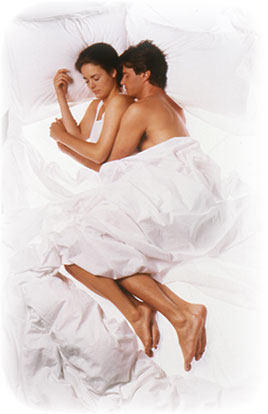 "Since ancient times, there was a strong emphasis on the daughter remaining a virgin until marriage. No father or king wanted his daughter to have sex before marriage because it ruined his chances of marrying her off to someone of wealth and prestige," said Creig Freeman, Youth & Young Adult Director at Living Word Community Church in Lauderhill, Fl. "Even the church still carries that tradition of keeping "their" daughters pure and not worrying about the males as much we do it and not even realize it."
But logically, if a society wishes to uphold female virginity, then they must encourage the opposite gender to wait, as well. Men will always sleep with women who are willing to sleep with them. Such a scenario will deflower all of the society's women.
What some have argued, though, is that men are pre-disposed to earlier sexual activity.
Many studies have shown that a man's sex drive is not only stronger than a woman's, but much more straightforward.
In fact, the majority of adult men under 60 think about sex at least once a day, said Dr. Edward O. Laumann, a professor of sociology at the University of Chicago and lead author of a major survey of sexual practices, The Social Organization of Sexuality: Sexual Practices in the United States. Only about one-quarter of women report this level of frequency. As men and women age, each fantasize less, but men still fantasize about twice as often. 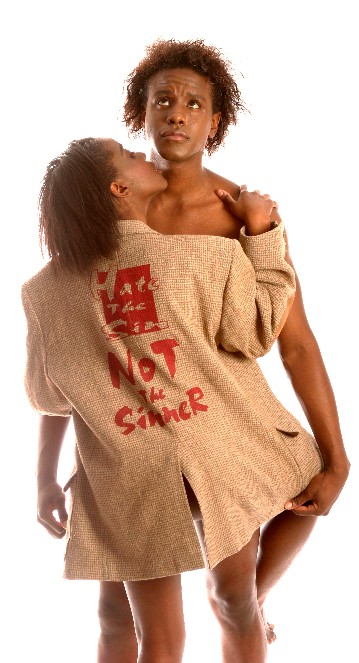 In a comprehensive survey of studies comparing male and female sex drives, Roy Baumeister, a social psychologist at Florida State University, found that men reported more spontaneous sexual arousal and had more frequent and varied fantasies.
In his review, Baumeister found studies showing many ways in which women's sexual attitudes, practices and desires are more influenced by their environment than men.
For one, women are more influenced by the attitudes of their peer group in their decisions about sex. And two, women who regularly attend church are less likely to have permissive attitudes about sex. Men do not show this connection between church attendance and sex attitudes.
By far, though, the most persuasive is that women need far more arousal to get it on than men do.
"I hear women say in my office that desire originates much more between the ears than between the legs," says Esther Perel, a New York City psychotherapist and author of Mating in Captivity. "For women there is a need for a plot -- hence the romance novel. It is more about the anticipation, how you get there; it is the longing that is the fuel for desire," Perel says.
For a man, the Dallas Cowboys' routine during halftime is enough to fuel their desire.
And, while a guy like Reed would agree, he knows that abstaining from sex is far more rewarding than giving in to what his hormones may want. He has overcome countless temptations to ensure that he keeps his vow of purity.

"I can recall women going as far as getting completely naked in front of me. When I turn them down, they experience panic attacks and feel rejected," says Reed.
Nevertheless, connecting with like-minded individuals has been something that has helped Reed maintain his lifestyle devoid of sex.
"I formed a support group that consists of young, celibate people who also want to reserve marriage for sex," said Reed. "We believe that when you wait until marriage to have sex, it makes the experience even more fulfilling. Both parties have had an opportunity to build an intimate connection that goes far beyond sex."
As many a marriage counselor will reference, research has shown that couples who did not engage in sexual activity before marriage report greater sexual fulfillment after marriage.
This journey has been a challenging one for Reed but he is determined to endure until the end.
"Not having sex is the new cool thing. We should all challenge ourselves to do something new. If you have already had sex, it is not too late to stop," said Reed.
To share comments about this article, click here

Visitor Comments (2)
Marko ASexual
Posted By MARKOASEXUAL on November 20, 2011
Hey . I like what you said here . Its very powerful . Im Good Looking 25yo and Ive been with few gals and nothing interesting . Not for me . All I want is total release from thing that dont belong to me . I want to be free . If the right one comes - OK that will be great but the best thing is not to separate my self from a REAL ME . I heard this many time " The Only Person who can make you Happy is YOUR SELF " . I know its hard to be surrounded by opposite people who think its wrong but I know my Spiritual Power is growing . That will help me in the After Life . And Reed I think you are a cool strong minded guy and I wish you the best in your Model life and Sex Life . Hare Krishna Bless you all ASexuals . I love you all . Bliss !!!
wow
Posted By 24103721407056 on June 25, 2010
Very powerful! and i'm sure it's not easy for a man to maintain now a days, but for those who have i still believe it's a gift from God (like Paul the apostle : ))God Bless!
Post A Comment
Related Articles · More Articles
NBC's "The Voice" Season 20 Contestant takes Gospel to the top
New York native Jose Figueroa Jr. has made it to the May live shows on NBCs The Voice Season 20 with a dominant Christian song selection and a gratefulness to the God.
Open Letter to Senator Josh Hawley
There is a Senate investigation into Senator Ted Cruz and Senator Josh Hawley due to their alleged acts that may have contributed to the insurrection at the Capitol on Jan. 6. Here's an open letter to Senator Hawley.
An Obituary of an American Presidency
Here's the official obituary for the 45th president of the United States. Donald Trump's legacy -- It is what it is!
Back To Archives