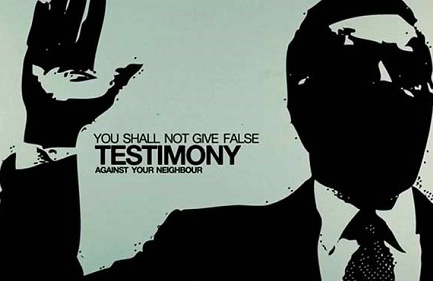 When Jesus spoke again to the people, he said, "I am the light of the world. Whoever follows me will never walk in darkness, but will have the light of life." - John 8:12.

In the month of September, while we remember the horrors of 9/11 and the almost 3000 souls lost on that infamous day, my eyes glimpsed the following headline at 12:50 p.m. on September 8 on CNS News.

"Christian Father Beheaded by ISIS: 'Teach My Children the Principles of Jesus Christ'

In our ultra-sophisticated society, we have been told that Christian thought and actions are narrow-minded, bigoted, prejudicial and dangerous to young impressionable minds. Therefore, to protect mankind and the country, it would be prudent to evict the Bible out of schools and ban prayer from the public square. God has become passe, old fashioned, outdated, and out of step with the times. Christian beliefs are simplistic, naive and incapable of addressing the complex issues of present everyday life.

He is, simply put, not the "god of what's happening now."

Whenever a society enacts a series of laws and ordinances, such as the abolition of slavery, and women's right to vote, they should elevate the culture and leave a positive impact on said society.

Whenever a group of people choose to ignore, disregard, abandon and neglect a long standing set of rules and norms; it is reasonable to assume that, since we are more mature and wise, we are replacing them with something that is better, more profitable, useful and beneficial.

The bane of mankind from the beginning has been the misguided notion that he knows what's better for himself than the Creator who gave him life.

Throughout our existence, we have been stubbornly trying to prove that we are more adept at handling matters than God.

Here's a thought, in all of the Bible, are you able to find something that God told you not to do; you refused to obey, went ahead and did it anyway, and "VOILAEUREKA you discovered God was wrong and you were right?

In many enlightened corners of the globe, there is a list of 10 do's and don'ts.

Let us examine just four of them that is such a threat to the human race.

1.Thou shalt not kill.

As the city of Chicago finds itself in a state of siege with murder becoming an everyday occurrence, the exasperated police commissioner made a very telling statement.

He said, "it is not that the policeman is not doing his job, there is a problem with society as a whole. People have no regard for human life."

Men, women, children, even babies are falling like flies all over this country. We are finding their dead corpses in parks, street corners, back alley dumpsters, school rooms, high rises, office buildings, post offices and even churches.

2. Thou shalt not commit adultery.

Magic Johnson, Elliot Spitzer, Anthony Weiner, Josh Duggard and the recently divorced philandering husband or wife, can all attest to that fact as they observe the carnage and shambles that were once their perfect families. As they survey the tearful confused children and devastated spouses crushed in the wake of their misdeeds, they can all nod their heads in agreement.

If they were able to live life over again, I am sure they would pay more attention to those instructions the next time.

Alas, we only have one chance to do it right. There is no do over or make up exam and you never recover from some missteps.

3.Thou shalt not steal. 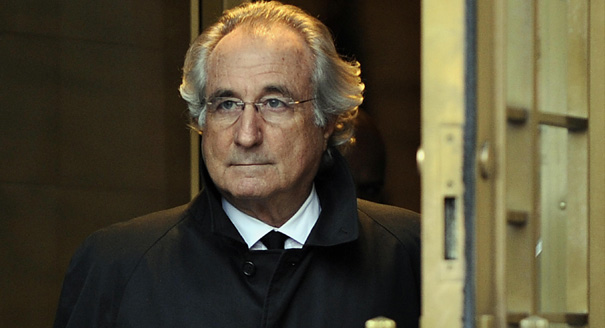 Bernie Madoff is languishing in prison facing a sentence of 150 years. He will never get out of his predicament alive. He will die behind bars.

We are still trying to regain our footing from the fall out of Enron, Lehman Brothers, MCI and Tyco.

Lives have been ruined and fortunes lost due to corrupt mortgages and predatory loans. Recently, ITT Tech schools shut all of its doors due to questionable financial practices, jettisoning a host of bewildered students.

Medicare and Social Security are in precarious positions because people either do not, cannot understand or adhere to that simple principle.

4. Thou shalt not bear false witness.

Hillary Clinton is on the cusp of becoming the first woman president, except for this annoying, nagging problem that continues to dog her. It refuses to go away and constantly she hears the cries,"Lock her up."

People in a nutshell do not trust her. In every hamlet they are questioning her "trustworthiness. You cannot blame them-- especially when they remember Bill, her wayward husband, loudly and emphatically declaring, "I did not have sex with that woman."

"Birds of a feather flock together, therefore, becomes a logical assumption about her character.

She may yet miss the golden ring, witness her lifelong dream deferred, or see all of her plans go up in smoke because of one simple premise.

Does anybody remember Marion Jones of the 2000 Olympics? This is a statement from her national program, TAKE A BREAK. Think about the potentially life-altering consequences of the decisions you make.

So the question is, with all the changes made by our advanced society, all the "improvements" we have put in place, are we better off? Perhaps the answer for our future may lie in our past.

I may be naive, simplistic and unenlightened, but from where I sit, that seems to be a pretty decent set of instructions. I have labored long and hard in dissecting those words. I can only see an upside with that program--that school of thought. I am struggling to determine how following such a belief system can hurt us. Am I missing something?

Perhaps somebody can show me the downside of that notion because, in all honesty, I fail to see it.

Perhaps those two simple commands may be the remedy to the ills of society for which we are so earnestly craving and longing.

If we are ever going to get it right, we must humble ourselves and come to the conclusion that we have been doing it wrong.

Persistence in doing wrong will always end in death in one form or another.