Many of you know that I am a college professor who is incredibly passionate about shaping the minds and lives of my students so that they may become good, moral, socially-conscious citizens of the world. I teach in the communication studies discipline and have had ample opportunity to teach my swagged out late-teen-and-early -20something students about self-discovery, goal-setting and how to engage in their relational lives. However, nothing makes for a better lecture or a richer discussion than if I broach the topic of male-female relationships.

It could be an intro to Baxters relationship dialectics theory or the social constructs surrounding a mans desire to compete and a womans desire to negotiate and theyre instantly more awake than Ive ever seen them! Hands are raising, eyes are rolling and mouths are salivating over the prospect of L-O-V-E.

I figured it out, though. These kinds of topics are always such a hit with my students because, frankly, there ISNT a class about love offered on any college campus in America. And, why not?

So, Im with them. Ive had it! Someones gonna teach me about love, even if I have to pay them to do it. (The going rate for a per-credit-hour at the university I teach is about $450. Somewhat reasonable, compared to the $1,000 I dished out at NYU. The savages.)

Anyway, I really thought about this and Ive come up with six reasons that I (and every woman in America) need(s) to go to school for love. 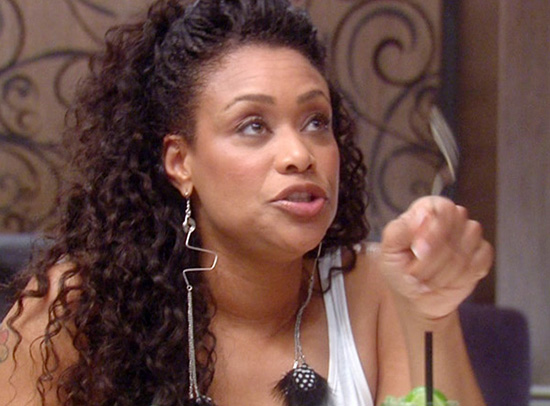 Im not knocking any one of the women in my life but from the Tami Roman-type on Basketball Wives to the Jamaican lickle but she tallawah women in my family, Ive not received the best education on submission. I was taught to resist, to challenge and to upbraid a man. I was taught that I can do bad all by myself. I learned by watching the women around me that I can do anything a man can do and, most times, do it better. However, in order for me to be successful in a marriage for the rest of my life, I have to learn to concede a point, to let a man do what makes him happy, to allow him the right to make decisions (even if I think theyre not the best). Sheesh! These less-than-desirable behaviors are gonna have to be unlearned.

So, Im just now figuring out in my 30s that God made men and women differently. This starts at reproductive organs, but doesnt stop there.  Studies have found women may have better verbal memory and social cognition and mens brains have more connections within hemispheres to optimize motor spatial skills. He has more fun doing athletic activities with his boys and I have more fun having brunch with my girls. But, why do I keep wanting him to do all of these female activities and expecting him to like it?

Now, Ragini Verma, an associate professor of radiology at the University of Pennsylvania medical school, says a womans brain is more connected between hemispheres to combine analytical and intuitive thinking. So, that female intuition I have, a man just doesnt.

I seriously need to learn how to talk and interact with a man without faulting him for being one. 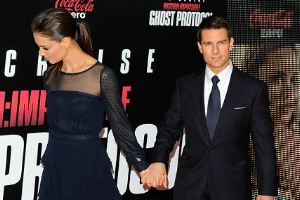 So, I reside in a country where about half of the marriages that start out deliriously happy at the altar actually come to a halt in a vicious court case at the end of four years. Celebrity marriages are even worse. Brangelina and Kimye, you have got me smhing all day.

So, why should I think that my marriage is going to be any different? The odds, quite frankly, are not in my favor.

Whenever I give a final exam in my class, I teach the concepts throughout the entire semester then, just before the final exam, I offer my students a study sheet as well as an in-class review of the test concepts.

How is it that you think Im going to be ready for forever in marriage with a measly 3-week pre-marital counseling class?

No, sir. I need a cheat sheet. That means, I need something to reference when times get hard. And, of course, the religious folks are going to say the Bible. However, the Bible isnt explicit concerning modern-day struggles like baby mama drama or pornography or Facebook friends who wanna be more. What do I do when these issues surface?

If doctors and lawyers study and train for years before they ever put a scalpel to human flesh or represent an alleged murderer in court, then how long should partners study before they can be trusted with someones heart? Im talking about life or death matters here, just the same. The Proverbs say to guard ones heart with all diligence for out of it are the issues of life.   Then, I should just start making myself vulnerable and asking someone else to do the same without having even learned how to treat them? What the *%@*?

Ive talked about this one before. But, let me say again how disappointed I have been with churches in preparing young adults for marriage. They are so eager to marry couples off because that ensures that theyll be out of Satans path of sexual temptation. However, when these couples run into serious problems in their marriage a few years down the road, then you try to apply bandages to the wounds? I believe in prevention. Its why I eat healthy foods now so I dont need a gastric bypass later. Some churches may have vibrant marriage ministries but no training for pre-wives or pre-husbands. This is a recipe for disaster. This is why you have so many super-Christian, tongue-talking, preach-me-happy guys and prayer warrior, devil-chasing, Bible-believing women who know diddly-squat about how to keep a spouse happy.

I hope I wasnt too graphic. But, these are my thoughts and Im sticking to em. I know I and many of my friends would be great spouses, if only we were taught some of the principles of partner L-O-V-E. If not, dont be too surprised when your friend calls you up next year and says, Marriage is just not what I thought it would be. I think I want a div-.

What if there were a course that could teach you all of the principles to finding a mate, keeping a mate and living a happy, fulfilling life? Would you take it? Guess what? I enrolled in it and it's changing my love life for the better. It's called Ready for Forever taught by life coach and relationship expert Tobi Atte. It's your call but we all know what happens to those who register late. They get stuck with the 8 a.m. class and the professor everyone hates. This just happens to be your life. Take control of it.

Visitor Comments (1)
love and relationships is a task that must be accomplish to succeed
Posted By NURSES on December 11, 2016
my statement to you is not personal,however parents are suppose to teach their kids love,which begins with demonstration between father/mother, this is their first exposure that literally helps children.
young people today are not confused because of ignorance, they know more that we did at their age,yet they continue to play with fire thinking that they are invincible, they do what they want and when they want and in the process confused desire with true love. selling themselves shot for a pleasurable moment in which the other party expresses gratitude for the moment.forgetting that even though the other party enjoyed the encounter,on the other hand could be thinking this young girl is selling herself short. don't get confused he would not purchase a bun when he can get it free from you.( why would he marry you) who confused an encounter for true love.love is an experience= you meet someone and the chemistry is there, you feel in your heart,you may go out of the way to see that person again== talk,laugh, enjoying the
Post A Comment
Related Articles · More Articles
Just Thinking: Grace Cures the Human Condition
There are some people who will never reach the level that you set for or expected from them. You need to understand that and be merciful, since the same thing can apply to you.
How My Faith in God Moved me to Citizenship
Who knew becoming a citizen has such spiritual, legal, mental and cultural implications? V. Knowles shares how years of double consciousness of being from somewhere and living somewhere else drove him to make an ultimate decision.
New Webcast Connects Improv Skits with Life Coaching
Launched in April as a web broadcast due to social distancing rules during the COVID-19 pandemic, The Situation Lounge is a program made possible by Training for Greatness, a Miami-based company that centers on training and holistic development for entrepreneurs.
Back To Archives