Three Things I Learned from Moonlight
February 28, 2017  By Tiffani Knowles 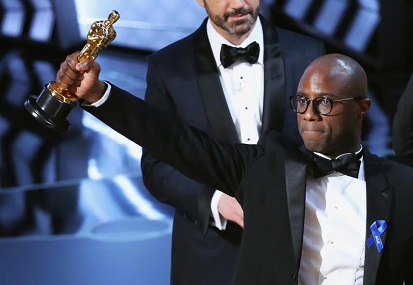 I see everything as modern lessons in theology. Even the things that many view as insignificant or trivial. God is in all things and there is no such thing as coincidence. So, when my student decided to write a clever review about the Miami-produced Moonlight for the Arts & Entertainment section of our newspaper at Barry University, I didnt know that this would be the start of a prophetic word to me.

A word of caution: I still have not seen the film and Im not sure about its content due to values expressed in the film that dont gel with my own. The lessons do not relate to its content, however.

Here are the 3 things that Moonlight taught me.

I take great pride in being from Miami, Florida. Born and raised, I took dance classes for years in Liberty City and it was there that I learned to be proud of my chocolate skin and broad nose. Moonlight is directed and written by two Liberty City natives, Barry Jenkins and Tarell Alvin McCraney. Its a community that is poverty-stricken with crime rates above the national average.

Some have been of the opinion that in order to make it in the entertainment industry, one has to move to Hollywood and check your rough edges and regionalism at the door. Not so for Tyler Perry, who made a name for himself and a mega production studio in Atlanta, Georgia. Not so for Oprah Winfrey, who built her media empire from Chicago, Illinois. And, apparently, not so for Barry Jenkins. He shot, directed and cast many of the actors in Miami. It beat out screenplays for Fences, Hidden Figures, Lion and Arrival.

If youre called to be great, you may not have to beg for Hollywoods acceptance or even move to the United States to do it. You can stay in Miami or Boise or Kolkata and watch God do the rest.

We were all poised to switch the channel. The fans who came to screen the awards show at the African Cultural Center in Liberty City headed toward their cars in the parking lot. Some even turned off their TV sets as the Oscars had run past midnight.

That wasnt the end.

In the most jaw-dropping moment in an awards show since Steve Harvey announced the wrong pageant winner, LalaLand had to abdicate their 2-minute Best Picture throne. The real winner was actually Moonlight! Producers of both films and audiences were confused, stunned and gracious!

This was one of the biggest lessons for me. It doesnt matter who counts you out, who starts packing it up and in, who thinks they have it in the bag and who feels they couldnt compete.

If God wants you in position. Hell move Heaven and Earth to put you there. Judgments can be reversed. Verdicts torn asunder. Announcements modified. Even in the midnight hour.

I am constantly amazed at how much faith we place in man-made institutions. They are erroneous, people. From the U.S. Department of Justice to the International Monetary Fund to the United Nations to the accounting firm who tallies the scores for the Academy Awards, these institutions are ALL prone to making errors. And they do.

Apparently, an accountant who had been tweeting backstage photos of stars ruined the meticulous procedure for announcing the award for best picture when he handed the wrong envelopes to presenters Warren Beatty and Faye Dunaway, the accounting firm of PricewaterhouseCoopers said on Monday.

Lesson: dont put your trust in a man-made institution! Call them out on their crap. Resist their legislation. Write letters. Protest. Scream until justice prevails.