I guess it all depends on who is going through the door and what they believe is on the other side.

When you really think about it, the start and the functioning of a relationship/marriage are like two people at the door.

Youll probably identify with at least one of the following scenarios from a past or current relationship, OR youll certainly identify what you want and dont want from a relationship or marriage.

Basically, someone is ignoring all the red flags. One of them is trying to show that:
*I dont want to be here anymore or
*I think I do but you cause me too much pain and the other just cant see it.

The other is oblivious and underestimates that persons ability to decide to leave. Many people are so emotionally awake when it comes to their own needs but are totally asleep to the needs of the other person.

They are together at the door and can still talk, hang out, be physically close, but facing two different directions. One person is on the way out and the other is trying to get in

Sure theyre facing the same direction, but its out.

They are stuck on what happened so cant see or have new meaningful experiences.

There are two categories of this:

This one is tricky.

They fall in love because they shared the same experiences and bond over similar enemies of the past (Abusive parents, abusive relationships, toxic past relationships, financial crisis etc), BUT they are not really healed from that stuff.

They bond because they recognize where they are both coming from but because they have not healed from that past, they bring the effect of that past into this relationship.so they are unable to create the future they say they want. 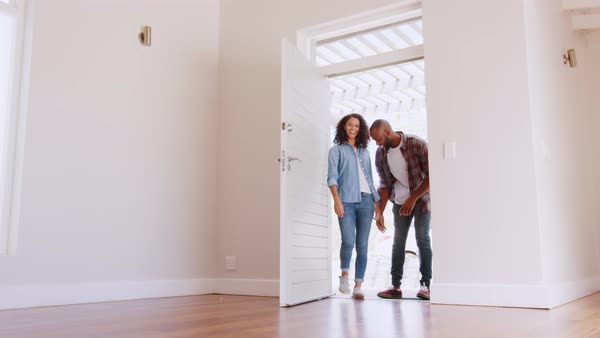 3. Both at the entrancebut stuck at the door

They like being with each other. Hanging outdinnersmoviesthe physical stufftalkingbut they cant (or just dont) really commit to a deep, meaningful, we-could-really-end-up-married relationship.

They mean well. They really do. But they dont make promises about the future.
They dont go in. They are stuck at the door. Close in proximity but wont go into the room.

In fact, entering is a threatbecause entering means vulnerability. It means change. So they have a great relationship at the door of their relationship or their marriage.

4. Both in the revolving door

They simply love the drama of breaking up and getting back together.
One day the one is in the room and the other is outside, then the other is in and this one is out.

They are the When its good, its great but when its bad, its terrible couple.

They are moving.but not forward. They say they care for each other but they cannot figure out if they want to be in or out. By now.it is not the pursuit of the person that makes them keep that up. It is the addiction to the cycle.

This typically happens when one or both people are asking for what they themselves do not know how to givewhen they both paint (and are addicted to) a picture of relationships or marriage that they are incapable of creating and so they take the frustration out on each other.

THISthis is when it works.
This is when they are door openers for each other.
One gets to the door and swings it wide (from the inside) for the other to come in.
Then, the new entrant in appreciation goes deeper into the room relationship/marriage and opens the next door (from the inside) for them to go even deeper into the relationship/marriage.

They take each other deeper. Each person recognizing the other persons vulnerability and effort, and rewarding each other for that.

Reallywhere are you in this? Where was your last relationship? Where is your marriage? Which one are you on the path to?and what are you going to do about it?

Tobi Atte is a certified Neuro Linguistic Programming Practitioner, motivational speaker, pastor of Ignite Church NYC and the writer behind IJustMetMe, a lifestyle website for young adults who need a good dose of daily inspiration to tackle tough life issues. Tobi is also the author of the new book How to Make Sure Your Values are Aligned: A Guide to Avoiding Relationship Frustration. For more on relationships, motivation, fresh perspectives on faith, personal improvement and more, read/learn more at www.ijustmetme.com,  watch him on YouTube HERE and download his free e-book HERE.