Just Thinking: A Solution for the Black and Impoverished, Return to HIM
April 24, 2020  By V. Knowles

Governor Cuomo of New York sadly enquired, "Why is it that the poor and most vulnerable among us, always seem to suffer the most?"

China has started blocking customers who are Africans from entering their shopping malls.

On a recent CNN special broadcast about "The Color of COVID-19, Sean "Diddy" Combs warned black people, "ain't nobody coming to help us." Charles Barkley echoed a similar sentiment. We have got to assume personal responsibility for our, as Van Jones described on the same program, "oneness" and "wholeness.

In 1963, Martin Luther King Jr. delivered his "I Have a Dream" speech from the steps of the Lincoln Memorial in Washington D.C. In 1968, a day before his assassination in Memphis, TN, he declared, "I may not get there with you, but we as a people will get there together."

But today, Blacks are more inclined to have underlying health issues, caused by poverty and lack, scrape by without health insurance (which Republicans are trying to dismantle in the midst of a pandemic) and constitute the greatest statistical share of the 22 million unemployed Americans. They rarely occupy jobs with "stay at home" capabilities.

Black people comprise approximately 13 percent of the population but 37.6 percent of the prison inmates. Did you know that disgraced former Trump lawyer has received early release from prison because of the coronavirus risk while 79-year-old, legally blind Bill Cosby has been denied the same compassionate consideration?

They are overly represented in the nations' undesirable housing projects and ghettoes, and sorely underrepresented on the country's college campuses - places that could give one a leg up on the ladder of life.

Danielle Nelson lives in Port Arthur, TX, home to many of the nation's chemical plants and oil refineries. Ask Nelson what protection the federal government and plant operators provide her African American community, and her answer is blunt. Theyre basically killing us," says the 37-year-old, who herself has been diagnosed with respiratory problems since moving to the community after Hurricane Harvey in 2017.

Meanwhile more blacks are falling victim to the coronavirus plague than any other demographic.

Why? More than 40 years after the death of Martin Luther King, the passage of Civil Rights legislation and the Voting Rights Act, we are still languishing in the back of the bus.

Where did we go wrong? The answer lies in an observation of a homeless man in Miami. He said, "When we were in chains figuratively and literally, we held fast to Jesus who gave us the hope and faith to endure the trials of life. When we were liberated, we adopted all the evil vices of the master who had oppressed us and left Jesus behind."

Indeed we still pay more heed to his view of life, than what is good and righteous for us, in light of the fact that everything in this world is temporary and fleeting.

Just think for a moment about Sam Cook, former lead singer of the Soul Stirrers gospel group, who was shot dead after an argument in a hotel on the corner of Crenshaw and Figueroa in Los Angeles.

Think about Whitney Houston, who honed her talent at her mother's church in Philadelphia, died of a drug overdose in a bath tub in Las Vegas.

It is and will always be true, "You've got to dance with the one who "brung" you." If we are ever going to get out from under, we must come to the realization that we will only get over with Him.

History has taught us, every tribe, every kindred, every tongue, that disregarding God will always lead to disaster. Indeed anything notable and worthwhile in western civilization has been spearheaded by godly people --from the Sistine Chapel to the emancipation of the slaves.

Despite our best human efforts, ignoring God and His precepts and principles will endanger our present circumstances and our eternal futures.

We need to go back to our Father's house, become familiar with, and perform that which is inferred in the following verses:

The people who know their God will be strong and carry out great exploits."

"But the word is very nigh unto thee, in thy mouth, and in thy heart, that thou mayest do it.

"For years we have sung, we shall overcome.

It is high time that it becomes a reality. God does not lie. He has left the light on, so if you return home, the fatted calf awaits.

Black men have liked to affectionately greet or call themselves, "my dawg, which brought to mind one character in the Bible who could identify with our present day struggle, Caleb. His name means "faithful, " dog" or" wholehearted."  Did you know that one characteristic of a pit bull is that once he grabs hold of something he never lets go? You must kill him to release his grip.

Do you realize that of all the original people who left Egypt for the Promised Land-only two, Joshua and Caleb-made it in? Forty years in the wilderness could not diminish his desire to enter in and take possession of what God had vowed to give him.

Listen to a man who would not be denied, Then Caleb quieted the people before Moses and said, Let us go up at once and take possession, for we are well able to overcome it." 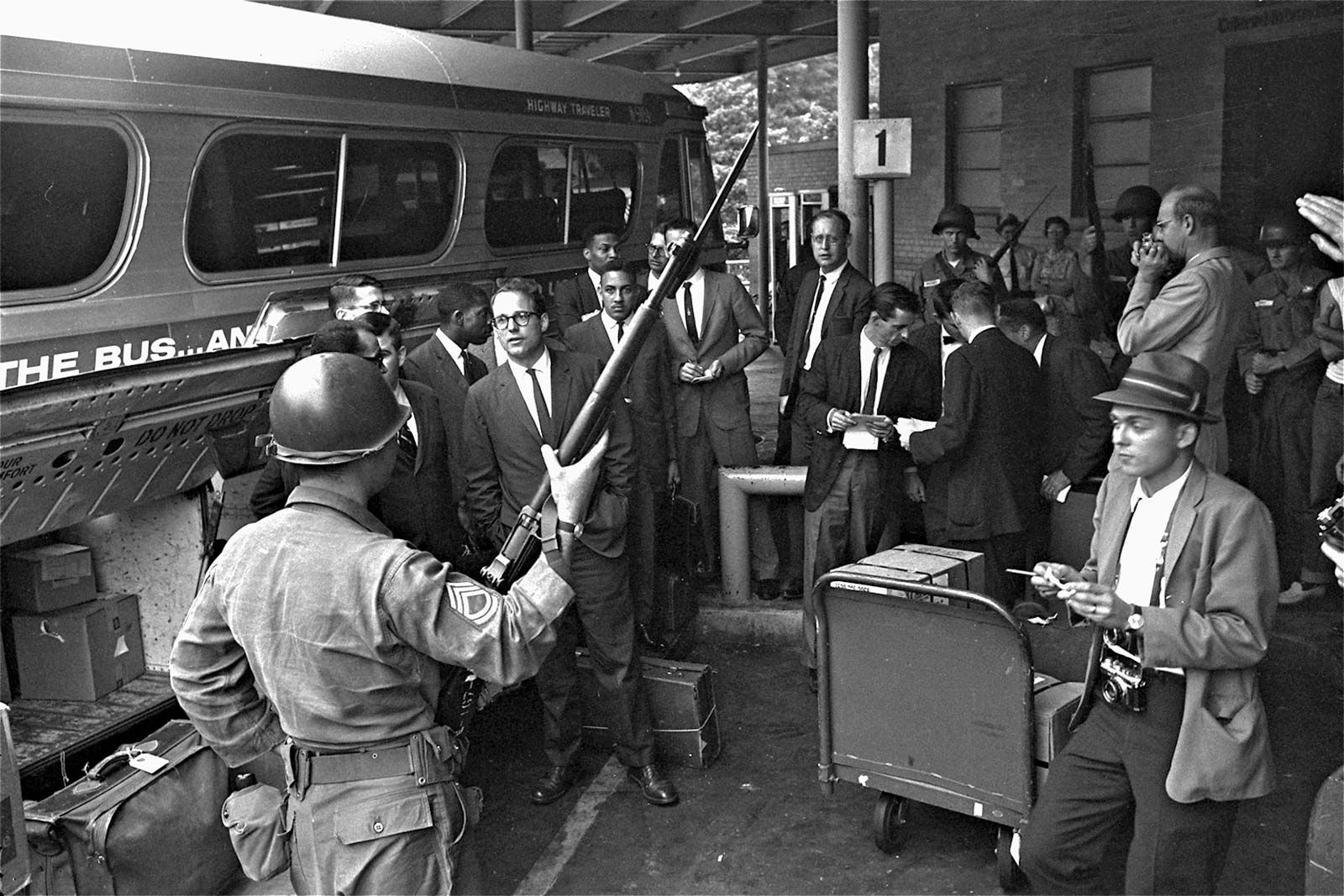 Subsequently, in the Promised Land, unweakened by the passage of time, he came to Joshua and demanded, Now behold, as the LORD promised, He has kept me alive these forty-five years since He spoke this word to Moses, while Israel wandered in the wilderness. So here I am today, eighty-five years old, still as strong today as I was the day Moses sent me out. As my strength was then, so it is now for war, for going out, and for coming in. Now therefore give me this hill country that the LORD promised me on that day, for you yourself heard then that the Anakim were there, with great and fortified cities. Perhaps with the LORDs help I will drive them out, as the LORD has spoken.

We need to rediscover that same kind of courage and fortitude that we displayed on the Freedom Rides and the Edmund Pettus Bridge in Selma, Alabama. Then we can repeat with assurance and conviction, I shall not die, but live, and declare the works of the Lord." Did you know that the Freedom Riders, thoroughly prepared to give it all, had all prepared their wills before boarding a bus to go south?

My son has been a business owner since he was 22 years old. He knows Kevin Harrington of Shark Tank fame personally. This year at a recent business conference for rising, aspiring entrepreneurs, hosted by Mr. Harrington, he was one of the speakers. A word he said caught my attention. It was the sum total of MLK's life and the driving force behind Caleb--an "opportunity, "not affirmative action rights" or "set asides for minorities."

Just give me a shot and I will do the rest.

What do you say to that?

God has done His part, He has given you the opportunity of a lifetime, now the rest is up to you.