The End of Toxic Christianity and the Trump Brigade
December 15, 2020  By Priyanka Thaddaeus 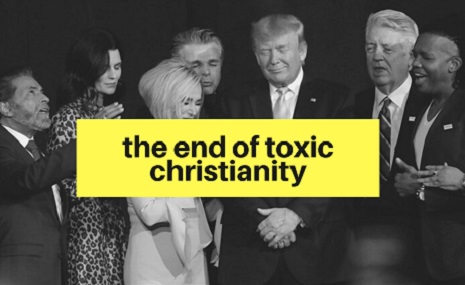 When the Black Lives Matter protests following the murder of George Floyd grew into an uprising in the middle of 2020, several of my conservative friends lamented as to how not peaceful they were. If people want to assert their First Amendment Rights, they said, they must do it without the rioting and the looting.

It is from simplistic statements such as these that newer means of disenfranchisement are birthed, ensuring the grief of the oppressed is folded like neatly pressed flowers into the rulebooks of the privileged. They are damned if they do and damned if they dont, their silence and protesting both in gridlock; a rhetoric well outlined from 2016.

I have wanted to pen my thoughts on the fallacy of the Christian argument for a Trump Presidency for quite a while now. At a point in time when racial discord is violently high, the Christian church has failed in unifying us. People now revolve around the church instead of the Church moving towards the people.

For years I have prayed to a God I believe is merciful while consistently being told by conservative Christians that my Christ wasnt biblical, and if I wanted eternal life, I needed to get in line with the God of conservative America.

If there ever was a bastardization of the Christian Gospel, this would be tantamount.

On Election Night in 2016, I remember staying on the phone with my best friend in Arizona. She was weeping, and I was in utter shock. But God is sovereign, I told myself in the hours that followed, we will pull through. Two days after that victory, she was met on the road in Phoenix, AZ by a racist white man in a pick-up truck screaming  Were going to send you back! I assume her post-doctoral degree had no hold against his privilege, but who am I to judge? I am not a US citizen; the likes of me pay our taxes and get steamrolled by anti-immigration policies. But nobody is perfect! Christian supporters say in response to every social evil that disadvantages the vulnerable, Jesus died for all mankind. God ordained this office!

In 2020, and after four excruciatingly long years, nothing has changed. Two months ago, another friend of mine was met on the street in Rolla, MO by more racist white men in a truck. F****** n*****! they yelled. I cannot but sometimes wonder how many thousands of others face similar attacks across the country and have no corner to turn to but to that of silence and acceptance.

Toxic and misplaced masculinity will always be figments of our imagination. Racism and misogyny do not exist. There is no privilege and no white supremacy unless it presents itself actively in a white robe and pointed hat. There is no xenophobia, sexism, ethnocentrism, homophobia, pay-gap, climate change, the need for better immigration and gun safety laws, or science. And while these may all seem horrifying, they are conveniently protected by the unwavering support of toxic Christianity backing a candidate with poor semblance to Christ.

Memories take me back to a few years when I let the word butt slip out in front of my little niece. The adults glared, but not an eyelid did they bat when voting in a candidate known for his multitude of disparaging comments against women. When youre a star, you can do anything; grab em by the p***y! If Hillary Clinton cant satisfy her husband, what makes her think she can satisfy America?

Hypocrites. Mexico sends in drugs and rapists, refugees fleeing Syria have affiliations to ISIS, the lottery program sends in the worst, countries of color are s***holes, Nigerians are in huts, Haiti has AIDS, and supremacists are good humans. People who would otherwise think a million times over to have someone with mounting sexual assault allegations against him teach their daughters in school now bore no shame in voting Trump to lead a world superpower. Because he is a true Christian! you hear them say, while those of us fighting relentlessly to uphold actual values are accused of causing division. 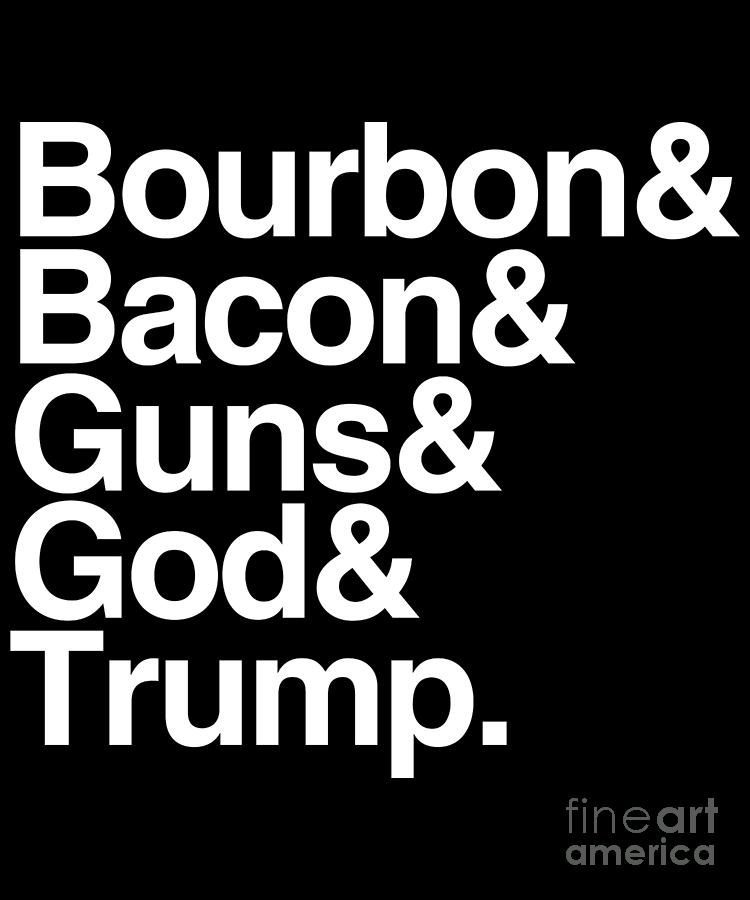 Trumps appeal plays into peoples primality; for his Christian supporters, he gave them the reins to proselytize. For everyone else, it is for self-benefit, an I-against-the-world instead of an us-for-one-another. Christian evangelicals under his hold sadly exhibit strong levels of cognitive dissonance and immeasurable depths of depravity. The face of complicity to Christ-likeness is a wolf in sheeps clothing, pro-life and in church every Sunday, yet actively fighting against gun control, refusing to fund healthcare for women, refusing to address the income gap, gerrymandering people into poverty, and failing to commit to racial upliftment that leaves many people of color unfairly penalized.

Everything hes doing has been foretold in the Bible! The United States is a Christian nation, and he is here to put God back in government! And while this is all invigorating, the silent majority is left waiting on equal protections and opportunity, believing that everyone deserves access to affordable healthcare, stringent gun safety laws, a reorganized police force rid of institutional racism, education on science and climate change, and for BIPOC lives to truly matter.

How any of that is un-Christian is beyond me.

God, Guns, and Trump was the WhatsApp display picture of one of my church-going friends in Florida. Somewhere along  the way of Christ washing peoples feet, healing the sick, caring for the immigrant, calling for more faith and less certitude, loving on people, giving voice to the destitute, and asking us to have no other gods before Him crept in the heretical lie that another man could also be savior. God is the hypothetical protector, but guns and Trump reinforce His arsenal.

When I questioned this stance, I was told to respect all authority put before me from above. I am yet to understand how this demand for respect did not apply to President Obamas term in office, an attitude that is bound to repeat with current President-elect Biden. The sovereignty of God and the mandate to respect authority is only applicable when the highest office is held by a conservative.

But with everything, what I am most amused at today is the hubris. In 2018, I was sarcastically asked by a conservative relative if I was ready for four more years of a Trump presidency. In the name of Jesus, Trump will win in 2020! she said. No separation of Church and state! The gates of hell are wide open to liberals! When you behold such ferocity, you tend to question your own faith, as I did that day. Was Christ indeed a Republican? Would I go to hell? The audacity of those statements, even in this writing, make me furious; because, as I have since come to realize, although Christ was heavily political, His politics are never earthly. The person with the most Electoral College votes in this democracy is the person who will win. Period. God will still be in control, and we are still called to be His actionable hands and feet.

Fast-forward to December 14, 2020. The Electoral College has confirmed Former Vice-President Joseph R. Biden as president-elect. Suddenly the antagonism on my Instagram has faded, the religious hypocrisy and toxic Christianity no longer in control. More than 75 million people (and immigrants like me) now have a voice and reason for celebration. Petulant contempt will soon cease being compared to protests for racial integration, and one by one by the wayside, conservative Trump-dominoes will fall for lack of individual gain and access to oppressive power. 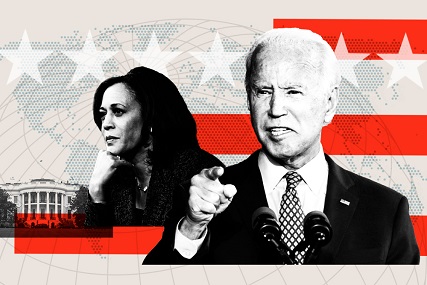 I have watched an obscene number of videos over the past few months by conservative Christians spreading misinformation about the pandemic, vaccination, voting, and the opposition. I have seen inaccurate comparisons of the American democracy to socialism, prosperity gospel preacher Paula White demonizing what it means for a church to be sanctified, and Sadhu Sundar Selvaraj pandering to the piqued interests of White people with his prophecies of another Trump presidency. I wonder if today, their nefariously blind faith are shaken.

When Biden was first projected the winner on Nov. 7, I called my mother and wept. I wept for the chaos of the past four years, for all the falsehoods, the regressive policies, my immigration visa, for friends who saw no hope, for friends sidelined because of religion, color, and sexual orientation, and for every life lost during this pandemic because sound science was not given due credence. I wept thinking of everything we could have achieved in four years but have only been pushed back in time. From what was once heartbreak, there is now hope, and it feels beautiful.

The flag I saw on a truck the other day that said Trump 2020: F*** Your Feelings struck me as profoundly indicative to how the office of President has been cheapened. And so, to everyone who looked at Donald J. Trump in 2016 and said, Here is a man I can get behind with my bigotry. He says it as it is! and repeated that vote in 2020 with no conscience or self-analysis and ample witness to abhorrence, this defeat should come as well-deserved.

In the meantime, to one of the only two countries I love with every fiber of my being, I am ecstatic for hope and normalcy. I am excited for a better future and better governance. I am elated in the hope for equality to outshine racism, misogyny, white supremacy, xenophobia, sexism, ethnocentrism, homophobia, and anti-science attitudes. And I am exuberant to have representation in our first female, first Black, and first South-Asian Vice President-elect in Senator Kamala Harris.

It is finally time for dignity, decency, and decorum to be restored to grace the aisles of the White House.

Visitor Comments (0)
Be the first to post a comment!
Post A Comment
Related Articles · More Articles
Open Letter to Senator Josh Hawley
There is a Senate investigation into Senator Ted Cruz and Senator Josh Hawley due to their alleged acts that may have contributed to the insurrection at the Capitol on Jan. 6. Here's an open letter to Senator Hawley.
An Obituary of an American Presidency
Here's the official obituary for the 45th president of the United States. Donald Trump's legacy -- It is what it is!
5 Ways to Curry Favor with Your Online Instructor
Now that online instruction has made it even harder to make an impression, these are the five tips in impression management I learned after teaching Wendy Williams' son.
Back To Archives