Understanding Systemic Racism as a Christian
June 14, 2021  By V. Knowles

Brendt Hill, my neighbor, is a former resident of the "Black Bottom" community of Detroit. He is quite a character, a man full of confidence and one capable of handling with aplomb whatever life throws at him.

Yet, during the course of our conversations over the years, I still detect at 80 years of age, the sting of racism, despite his many accomplishments and those of his family. Maya Angelou said it and it remains true. People never forget how you made them feel.

It is always a privilege to talk with him because I always learn something interesting since, as a migrant from the Bahamas to Miami, Florida, I do not share in his experience.

Here is one conclusion I have gleaned from our conversations. Power facilitates access to money which maintains said power and influence over a society.

Recently, he gave me a copy of an article in Atlantic Magazine about the Great Land Robbery where hundreds of black families in Mississippi were swindled out of their lands. This followed my reading about the persecution and eviction of blacks in Manhattan Beach, California and the white restaurant owner who enslaved a functionally illiterate black man, making him work 100 hours a week for little or no pay.

I have learned that the irrational pursuit of money can become so ingrained in one's mindset that it morphs into a divinely appointed right and privilege. Any attempt to dismantle or nullify the status quo can be perceived as an attack on legitimate government, standards, democracy--the natural state of society- and must be countered with harsh resistance and swift retribution.

Therefore, mankind would do anything, commit any atrocity, engage in any evil enterprise and neglect or turn a blind eye to the suffering of another to amass, save or gain money.

"For the love of money is the root of all evil: which while some coveted after, they have erred from the faith, and pierced themselves through with many sorrows."  1 Timothy 6:10

Do you recall Judas of the Bible or even Bernie Madoff?

They will forget God, dispense with divine principles and dismiss the commandment, "thou shalt love thy neighbor as thyself," if it interferes with their accumulation of money.

Indeed the economic determinists say the accumulation of money is the motivating factor behind every human action without exception. Can this be true?

If you have been paying attention to the news lately, you will find an uproar in the white evangelical churches about the teaching of critical race theory as well as the schools about inclusion of the 1619 project in their curriculum.

Currently, these are manmade solutions to a problem that really requires a spiritual correction. Laws and legislation grow out of circumstances where people have refused to do the correct thing.

While I cannot say I support either one, I do agree that men, especially white men must acknowledge the wrongdoing that set these grave injustices in motion in this country.

Can we acknowledge that the church, namely Southern Baptists, at one time used the Bible to justify slavery? 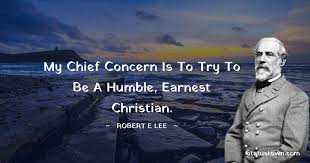 Can we acknowledge how supposedly stalwart Christians like Robert E Lee and Stonewall Jackson fought with all their might to destroy the United States of America?

Can we acknowledge the emotions of poor black students whose ancestors languished in substandard schools under that supposedly just, yet inherently evil "separate but equal" system?

The hypocrisy is palpable, and with that as a back drop, I delved into a book that Brendt loaned to me -- "Black Detroit by Herb Boyd.

Detroit, if you recall, has undergone the largest municipal bankruptcy in U. S. history. While they may be on the rebound, development is still uneven. From the afterword of the same book, Ron Lockett, executive director of the Northeast Activities Center, wrote "but the city still has major hurdles ahead with a large, unskilled and semiliterate population."

Hmmm, I wonder what caused that! I learned from reading Boyds book that what happened in Detroit is a microcosm of the black experience in the western hemisphere.

The average rent for white families was $30 a month; for negro familes, it was closer to $50 and the Negro got worse housing for his money. (pg. 97)

In 1936, Young was eighteen and working as an electrical apprentice at the Ford Motor Company electrical program. Although he excelled in all the tests, a white man with lower scores, whose father was a foreman at the plant, got the only job available. (pg. 130)

Whenever black workers were upgraded, the whites were outraged. In September of 1941, when the Packard Motor company transferred 2 black polishers to defense work, approximately 250 white workers staged a forty minute sit-down strike, which halted the unit's operations. (pg 142)

To those who recoil at the notion of systemic racism, is to dismiss or discount the pain of countless people of color whose careers have been thwarted, whose dreams have been deferred and whose very lives have been snuffed out because of the monstrous, heinous acts of others. Without question, in every decade since the founding of this country, there has occurred some atrocity against a minority individual  the Native American, the Negro, the Chinese migrant.

To those who so blithely and casually dismiss the mournful complaint of the colored brother, the Bible has a blunt reminder: "He that is

ready to slip with his feet is as a lamp despised in the thought of him that is at ease."  - Job 12:5

Jobs words are more plainly outlined in the Message version. Its easy for the well-to-do to point their fingers in blame, for the well-fixed to pour scorn on the strugglers. Crooks reside safely in high-security houses, insolent blasphemers live in luxury; theyve bought and paid for a god wholl protect them.

Yes, friends, it is much easier to disregard the painful cry of another when one has not, nor is feeling any of that pain.

I wonder where we would be If Christ had ignored our circumstances?

Nevertheless, there is a more important question. How do we get out from under?

Here are three simple steps, specifically for the person of color:

1. Pursue a spiritual, secular and financial education. Everyone needs a moral compass, an understanding of the dynamics of the world and the inherent nature of money. We must not waste time, resources or money on vehicles or enterprises that do not increase in value. Profit is not a dirty word.

2. Seek and seize opportunity whenever and wherever you encounter it. Do not squander an opportunity, no matter how small or insignificant it appears to be. A mighty oak starts as a small acorn.

3. Establish alliances and cooperatives with any and everyone, even people culturally different from you. A successful business does not require everyone to look alike, only think alike about achieving a particular goal. We must all be part of the same T.E.A.M., where together everyone achieves more. A rising tide must lift all boats. Nevertheless, taking a cue from Martin Luther King, Jr, Booker T Washington, Herschel Walker and the Delaney sisters, the main focus of the African American is not a hand out or even a hand up, only recognition, acknowledgement and sincere repentance for what you have done to them. Like you, going forward we want to forget the past because looking back does not help either of us. All we desire and require is a genuine opportunity and allow us to succeed or fail based on our own merits, not with your thumb on the scale for or against us.

We want to get to that place where Sidney Poiter poignantly reminded his distressed father of in the movie, "Guess who's coming to dinner, -- "You think of yourself as a colored man, I think of myself as just a man."

If the great majority of us apprehend that simple fact, then we will be well on the way to a more perfect union.

Just Thinking: Forever Trumpers set a date for King to return
Next week is the projected date for Donald Trumps return to power. Columnist V. Knowles wonders what will happen with the pro-Trump community.
NBC's "The Voice" Season 20 Contestant takes Gospel to the top
New York native Jose Figueroa Jr. has made it to the May live shows on NBCs The Voice Season 20 with a dominant Christian song selection and a gratefulness to the God.
Open Letter to Senator Josh Hawley
There is a Senate investigation into Senator Ted Cruz and Senator Josh Hawley due to their alleged acts that may have contributed to the insurrection at the Capitol on Jan. 6. Here's an open letter to Senator Hawley.
Back To Archives