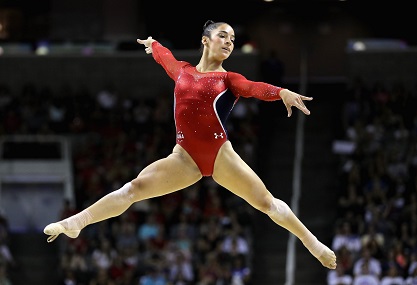 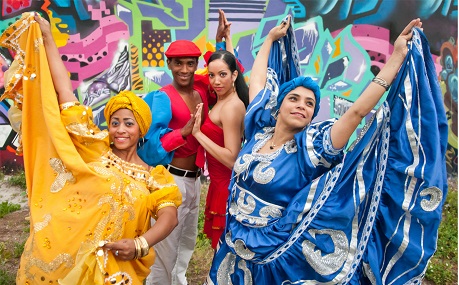 We Can Never Go Home Again: Afro-Cubans in Miami
May 10, 2019  Tiffani Knowles
Among the 1 million Cubans living in Greater Miami, most would be considered rubio by Cuban standards. They are fair-skinned with light eyes. Yet, two-thirds of the population in Cuba is Black. Where is this community?
We Can Never Go Home Again: Haitians in Miami
April 17, 2019  Tiffani Knowles
Haitians in Miami. They have etched out a firm place as the second largest immigrant group in the region, just after the Cuban immigrants  who share a similar refugee history. How do they identify and how do they relate to other Blacks in the city?

Just Thinking: The Real New York
April 2, 2019  V. Knowles
New York seems to control everything. What we watch, what we eat, what we wear, what we think about. So, what's the spell this city has got over us?
We Can Never Go Home Again: African Diaspora and Migrant Groups in Miami
April 2, 2019  Tiffani and Livingstone Knowles
This is our introduction to our HOLA America, Hello Culture series about the immigration patterns to one of the major coastal cities in the United States  Miami, Learn the stories of the African Diaspora and Migrant Groups in Miami-Dade County.
5 Ways Your Relationship is at the Door
March 18, 2019  Tobi Atte
Doors are at the same time the entrance to something amazing and the exit from something amazing or the entrance into something terrible yet the exit from something terrible. What does your relationship look like?
Just Thinking: You Go Girls!
January 9, 2019  V. Knowles
While the conservative right is all hot and bothered about incoming congresswomen Rahida Tliab and Alexandria Ocasio Cortez, did we forget about Donald Trump?
Just Thinking: Why Black People Vote Democratic
December 17, 2018  V. Knowles
Poor and disadvantaged people address needs before values. There may be more of a reason why Black People vote Democratic in the United States. 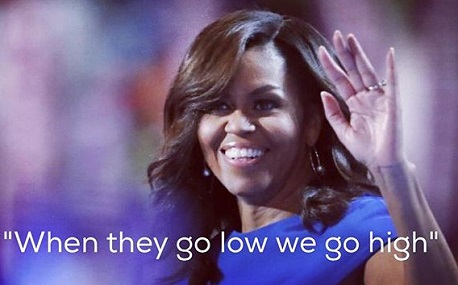 Just Thinking: America, which way shall we go this Thanksgiving?
November 22, 2018  V. Knowles
Today is an opportune time to revisit the vision of Crazy Horse, the notable Sioux warrior to glean what you can. "Upon suffering beyond suffering; the Red Nation shall rise again and it shall be a blessing for a sick world. A world filled with broken promises, selfishness and separations. A world longing for light again. I see a time of seven generations when all the colors of mankind will gather under the sacred Tree of Life and the whole Earth will become one circle again. In that day there will be those among the Lakota who will carry knowledge and understanding of unity among all living things, and the young white ones will come to those of my people and ask for this wisdom. I salute the light within your eyes where the whole universe dwells. For when you are at that center within you and I am at that place within me, we shall be as one."
Just Thinking: I Can Never Support Donald Trump
November 9, 2018  V. Knowles
No matter what he does, or how many evangelical preachers attempt to convince me of Donald Trump's divine appointment to prevent the dismantling of the church in America and the socialistic takeover by the crazy, godless lefties, I remain unmoved and unconvinced.
« Back 1 2 3 4 5 6 7 ... Next »